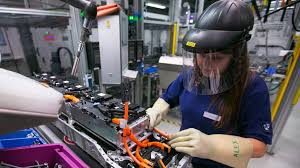 Industrial strategy is back on the UK political agenda: a House of Commons debate is scheduled for Wednesday, almost exactly a year after business secretary Greg Clark announced the first six technologies to be supported by the government’s new Industrial Strategy Challenge Fund. One of those technologies is batteries and Mr Clark has put in place a £246m support programme for the sector, with the main focus on batteries for electric cars.

Part of the government’s motivation is to ensure that the British motor industry is not damaged as it makes the transition to electric cars. Last week’s announcement of job losses at Jaguar Land Rover, caused by the collapse in diesel car sales, was a reminder of the industry’s dependence on old technologies. Concern over the future of the car industry is understandable, but there are some questions about the battery programme that should be aired this week, relating not just to batteries but to the industrial strategy as a whole.

For a start, the programme seems over-ambitious. The aim, according to Mr Clark, is to ensure that the UK “leads the world” in the development and production of batteries for electric vehicles.

At present the supply of lithium-ion batteries — the most widely used battery type in today’s electric cars — is dominated by companies based in Japan, South Korea and China. These companies have a 20-year lead in battery technology and are spending heavily to stay ahead. The UK has some outstanding scientists in electrochemistry and materials science, but it will take a series of remarkable breakthroughs from British laboratories if Asian leadership is to be seriously challenged. An upbeat message from the top is all very well, but wishful thinking is not helpful.

A second question — and one that applies to other technologies that were targeted in the industrial strategy — is the role of government funding. Given the growing importance of energy storage, both for cars and for the electricity grid, there is a legitimate case for spending more public money on academic research in this area.

However, there is plenty of private sector interest at the commercialisation stage, both from large companies such as Johnson Matthey and from early-stage businesses that are developing new battery materials; there is no shortage of capital to fuel the battery sector.

As for the future of the motor industry, the government’s anxiety is that, unless a viable battery supply chain is established in the UK, the leading car assemblers — all of which are foreign-owned — may decide to make their electric cars elsewhere.

The government wants to make the UK a more attractive location for investment in batteries and battery materials including, if possible, the creation of one or more cell-making plants by one of the big Asian producers. But the presence or absence of cell-making factories is unlikely to have a decisive influence on the investment decisions of the car assemblers. Other factors, including the future trading relationship between the UK and the EU, are likely to carry more weight.

The battery business is global and it is not obvious that the UK needs to be represented in all parts of the supply chain. As far as lithium-ion cells are concerned, supplies are available, or soon will be, from three Korean-owned plants in Poland and Hungary. There are also plans for European-owned plants to be built in Germany and Sweden.

These concerns highlight some general points about selective industrial policy. Any decision to back a particular technology must be based on a clear explanation of why government funding, beyond support for scientific research, is necessary. A realistic assessment of the UK’s strengths and weaknesses in the relevant sector should also be carried out. Then there is a need for rigorous evaluation — and a willingness to terminate the programme if it is not meeting the original objectives.

Industrial strategy should not be used as a vehicle for open-ended support for favoured sectors, justified only by the hope that one day they might become world leaders.