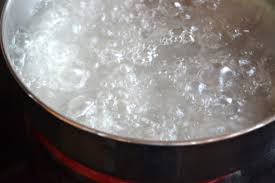 In an effort to find a suitable electrolyte system, the team’s water-in-salt approach involves no organic solvents. It consists of super-concentrated lithium salt, known as LiTFSI, in which water molecules lock onto the ions and experience less degradation when in contact with oxygen molecules, according to the researchers, led by Boston College Professor of Chemistry Dunwei Wang.

The result is a “highly effective electrolyte that permits stable Li-O2 battery operations on the cathode with superior cycle lifetimes,” the team reports in the article titled “Cathodically stable Li-O2 battery operations using water-in-salt electrolyte.” Experiments showed the electrolyte enables stable lithium-air battery operations up to 300 cycles, making it competitive for practical applications.
Lithium-ion batteries operate by reversible insertion and extraction of lithium ions into and from a solid material, such as cobalt oxide. Here, lithium-air batteries operate by forming lithium peroxide during discharge and decomposing lithium peroxide during recharge.

The team found a way around the problem of instability that arises from the use of water in the development of aqueous electrolytes.

“We employed an unorthodox approach of using a water-based electrolyte for Li-O2 batteries,” said Wang. “Previously, water was thought to be extremely bad for Li-O2 battery operations because it would promote parasitic chemical reactions to significantly undermine the desired chemistry. We discovered that when the salt concentration is high, most water molecules can be locked down so that they provide the right functionalities such as conductivity but exhibit little of the parasitic chemical reactions.”

The team sought to overcome the limitations that have plagued earlier efforts to tame the complex chemical reactions within lithium-air battery prototypes, said Wang, who conducted the project with Boston College researchers Qi Dong, Xiahui Yao, Yanyan Zhao, Miao Qi, Xizi Zhang and Yumin He, and Hongyu Sun from the Technical University of Denmark.
“We studied a new concept for Li-O2 batteries,” said Wang. “We used a combination of electrochemistry and materials characterization tools to carry out the study. Our goal is to enable stable, high-performance Li-O2 battery operations.”