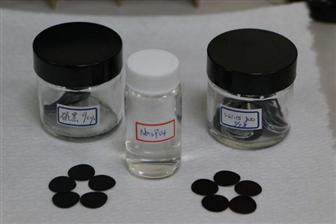 Taiwan’s National Cheng Kung University has developed an eco-friendly battery using sodium ion electrolyte as the source. The battery’s non-corrosive, non-toxic and non-explosive characteristics have made it suitable for storing power generated by wind and solar power systems, and can be applied near agricultural or water source areas without creating hazard, the developers said.

Since the electrolyte is diluted from sodium phosphate powder, which is cheap to acquire at NT$300 (US$10) per kilogram, the costs for making the battery are only 5% of those of a lithium battery.

However, the battery only features a maximum capacity of 60mAh/g, which is only half of the lithium battery’s 120mAh/g.