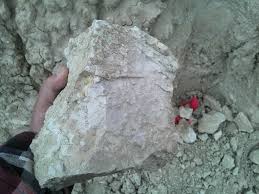 Rocketing demand and prices for lithium, coupled with China’s stranglehold on supply, are reviving interest in mining Europe’s reserves of the coveted metal some call white petroleum.

Prices for lithium used in the batteries that power anything from mobile phones to Teslas more than doubled to $21,000 a ton in the past two years. Analysts expect the lithium-ion battery market to surpass $90 billion by 2025 as electric vehicles become commonplace and growing use of wind and sun power forces utilities to invest in large electricity storage facilities.

But while European businesses use 25% of the world’s lithium, a group of Chinese companies has secured a potential stranglehold on the Australian and South American mines that produce almost all the world’s battery-grade metal. That has sent a small group of pioneers on a race to reopen European mines where the conditions that gave rise to such lowly metals as tin have left lithium-rich rocks and hot brines.

The race for European lithium echoes similar efforts in Japan to track down metals for use in batteries amid concern about China’s hegemony over other minerals used in batteries and electric vehicles.

For now, the best candidates for lithium are in Germany and the Czech Republic where companies have successfully mined and produced battery-grade lithium and hope to sell it to the numerous car manufacturing plants dotted around central Europe. And in the U.K., Portugal and Sweden and Britain’s Cornwall region, companies are drilling bore holes and building 3-D maps of underground lithium deposits.

One German firm, Deutsche Lithium GmbH, was recently granted a 30-year mining license and has already scooped out 100 tons of lithium-yielding rock as it fine-tunes its extraction processes. The company said it could eventually mine 15,000 tons a year.

Meanwhile, Australian mining company European Metals Ltd. has extracted battery-grade lithium from its mine in the Czech Republic and is finalizing a $400 million pitch to investors to scale up production.

Geologists at Cornish Lithium Ltd., a startup scouring for lithium in the U.K.’s historic tin-mining region of Cornwall, is using satellite images to search for rock formations and vegetation patterns typical of lithium-rich grounds — and even poring over the yellowing diaries of long-dead tin miners for clues as to where lithium-rich underground springs may be hidden.

“It’s a fascinating moment in the history of mining,” said Richard Shaw, geologist at the British Geological Survey.

Lithium’s light weight makes it perfect for use in batteries, which generate more electricity per unit of weight than any other conceivable chemistry, according to researchers. Invented by Exxon in the 1970s and made cheaper and safer since, lithium-ion batteries are now ubiquitous.

For now, Chinese companies dominate global lithium supply. Last year, auto maker Great Wall Motor bought a $28 million stake in Pilbara Mineral, an Australian lithium mine and signed a contract for a delivery of 150,000 tons of lithium-yielding spodumene from the company’s mine in Western Australia.

China’s Ganfeng Lithium holds 20% of an Argentine project. Chinese firm Tianqi Lithium’s has attracted regulator attention in Chile due to its $4 billion bid to buy a stake in SQM, the world’s second biggest lithium producer. Combined, the companies would control 70% of the world lithium market.

But with Europe’s car makers now set on mass-producing electric vehicles, the need for the continent to secure its own lithium reserves is gaining urgency.

“We hope to sell into the upswing in European electric car manufacturing that’ll take place in the mid-2020s,” said Keith Coughlan, director of European Metals Ltd., an Australian-Czech firm looking for lithium on the Czech side of the border.

Lithium is easy to find. But only the richer seams or brines will yield enough of the metal to make mining it profitable. If enough dense deposits can be found, Europe could produce lithium for around $4,000 per metric ton, according to Martin Bertau, professor of mining and geology at the University of Freiberg. That is in line with the cost of Australian production and well below last year’s peak price of $21,000.

Speculators probing the ground on either side of the German-Czech border think they can profitably produce lithium from zinnwaldite, a mineral often found encased in granite-like rocks.

Mr. Coughlan said his company would also mine tin at the site, raising the productivity of the enterprise and offering a hedge if lithium prices fall.

Gerard Reid, a founding partner at Alexa Capital, a London corporate-finance firm specializing in energy technology and infrastructure, said the small outfits now scouring the continent would struggle to gain critical mass without the help of deep-pocketed mining giants like Rio Tinto or Glencore.

But Armin Müller, founder of Deutsche Lithium, thinks German auto makers, late to the electric-car revolution, might want a local source of lithium if tweaks to Germany’s capricious energy policies mean car makers must account for the carbon footprint of sourcing raw materials.

Deutsche Lithium would mine and crush zinnwaldite in Altenberg before transporting lithium fragments for chemical purification in nearby Dresden. The processes would be governed by stringent German and European laws.

Thomas Kerstin, Altenberg’s mayor, said the town was supportive of reopening the mine shafts closed after German reunification in the 1990s — an enticing prospect for the economically struggling region.

“It feels like the town could get its soul back,” Mr. Kerstin said.