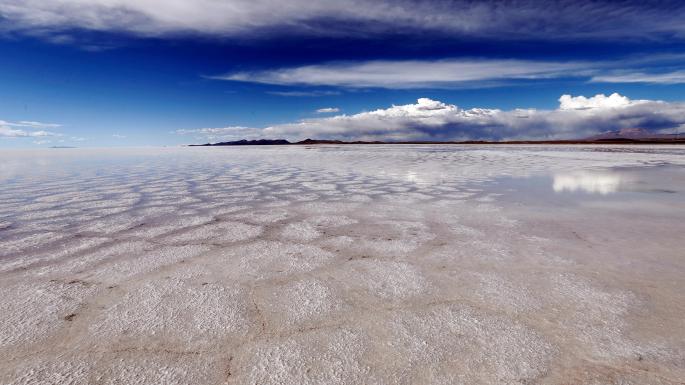 Batteries have become big business in the fight against climate change, increasingly used for storing the electricity generated by renewable energy and to power electric cars, in an attempt to reduce greenhouse gas pollution.

Lithium is the key element in these and other rechargeable batteries used for powering electric gadgets and much else. The soaring demand for lithium is even making it feasible to prospect for it in Cornwall using satellite data (The Times, January 25).

The world’s largest lithium reserves are in what is called the “lithium triangle”, covering Argentina, Bolivia and Chile. Production is greatest at a salt flat in the Atacama desert, Chile, one of the driest places on Earth. An even larger, but untapped, supply lies in Bolivia under Salar de Uyuni, a vast salt flat in the Andes. This was created when a huge ancient lake dissolved the lithium out of volcanic rocks and slowly evaporated, leaving behind a concentrated lithium brine beneath a thick crust of solid salt.

The Salar de Uyuni is the flattest place on Earth and is so reflective that it creates a gigantic mirror during the wet season from December to April. Nearby lakes overflow on to the salt flat, leaving a thin sheet of water that makes a shining surface, creating fantastic illusions by reflecting the sky so clearly that it looks as though the sky and ground have merged. Anyone walking across the flats appears to be walking in the clouds. Salar de Uyuni is also so flat and reflective that satellites peering down from space use it as a reference point to measure their altitudes.

To add to this otherworldliness, the Salar de Uyuni has become a tourist attraction, with hotels made entirely of blocks of salt, even down to the furniture. Another attraction is an impressive graveyard of old steam engine locomotives that were abandoned decades ago and which have hardly rusted in the dry desert air.