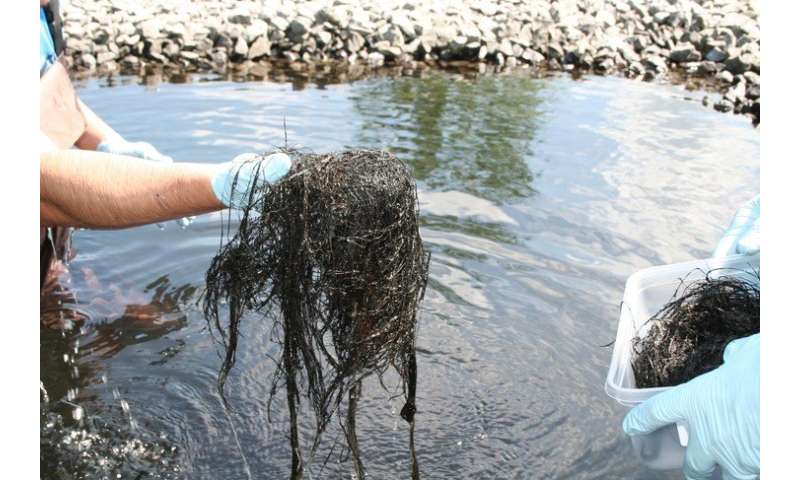 Researchers at Penn State have developed a water filtration system that removes contaminants and reduces toxicity in hospital wastewater.

Contaminants, including antibiotics, pharmaceuticals and steroids, are increasingly being detected in surface waters and drinking water sources. These contaminants can have a huge impact on both human and aquatic health, so effective removal is essential to protect the health and safety of water resources.

“There have been a number of urban sewer inventories that have identified hospitals as a major contributor of drugs and hormones and other contaminants that end up at wastewater treatment plants,” said Bill Burgos, professor of environmental engineering at Penn State.

In fact, hospitals may contribute upwards of half the total load of contaminants carried to regional wastewater treatment plants, said Burgos. Once there, elimination can be difficult because the chemicals become diluted, yet they still pose a health threat due to their high biological potency.

“One way to destroy these compounds is through chemical oxidation,” Burgos said. “Manganese oxides are very powerful oxidants and are known to be nonselective, so they are highly reactive with just about any oxidizable organic compound, including those found in hospital wastewater.”

To test the effectiveness of manganese oxides (MnOx), the researchers collected wastewater samples from the Penn State Health Milton S. Hershey Medical Center and obtained biogenic MnOx-coated coir fiber from a metal removal unit in Glasgow, Pennsylvania operated by EcoIslands LLC. The MnOx-coated fiber was then reacted with the hospital wastewaters to evaluate performance.

Chemical analyses showed that biogenic MnOx-coated coir fiber filters were very effective at removing contaminants from hospital wastewaters. Of the 36 organic micro-pollutants detected, 21 were removed by more than 94 percent after a 24-hour reaction period.

Consistent with these results, bioanalytical assays, which test the potential toxicity of the wastewater to humans, also revealed that biologically active compounds were removed below detection levels.

In addition, the MnOx used was formed as part of a coal mine drainage treatment system, and its reuse converts a waste product into a commodity.