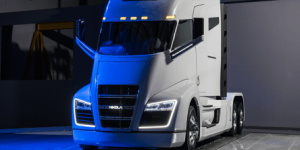 The US startup Nikola Motor has announced they plan to refund all prepayments for the pre-orders of their electrified trucks within the next 60 days, without the pre-order applicants losing their place in the production line, that is.

The company made the announcement via Twitter, and has stopped accepting prepayment for the Nikola One and Nikola Two fuel cell trucks. It seems that Nikola is attempting to gain some ground from Tesla with the business change, and is bragging about having pre-orders valued at 8 billion dollars already.

Originally Nikola Motor charged 1,500 dollars for a pre-order, providing a spot on the waiting list, as well as a benefit package with a 72 month leasing contract and unlimited hydrogen fueling in the USA. The money is now being returned, while the offers remain standing.

Recently the startup also announced plans for a 1 billion dollar manufacturing facility for its fuel cell trucks in Buckeye, near Phoenix, AZ. The construction of the new factory will take place next year.

End of January Nikola Motor had already received more than 8,000 pre-orders, according to their statements. By 2021, the startup plans to release their semi trucks Nikola One and Nikola Two onto the market. The new propulsion system for the trucks was developed in cooperation with Bosch. Both electric trucks will be powered with a performance over 735 kW and will use a 320 kWh lithium-ion battery. With a full tank of hydrogen, the vehicles will be able to reach a range between 1,280 km and 1,930 km.