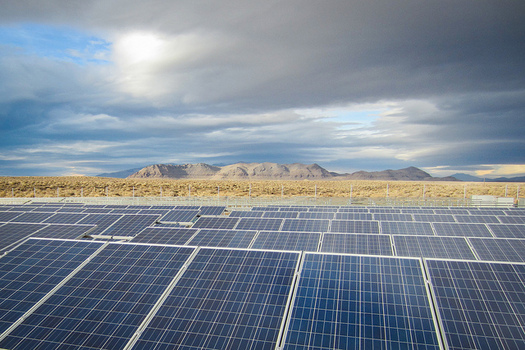 Nevada is exceeding its renewable-energy goals, but environmental groups say the state could do even better to clean up its energy production.

NV Energy this week released a report showing almost 24 percent of energy across Nevada in 2017 was generated from renewable sources or related credits. That beats the 20 percent goal set by the state, and the utility says it hopes to double that percentage in the next five years.

David von Seggern, chair of the Sierra Club’s Toiyabe Chapter, says that’s solid progress, but his group thinks the state’s renewable-energy targets are far too low. He says Nevada should be aiming for 100 percent renewable energy.

“Practically, you know, that’s aspirational,” he says, “but Nevada has as best a chance as any state to achieve that, with our geothermal and solar resources, and some wind.”

Groups are petitioning to put a renewable-energy initiative on Nevada ballots in November. It would require the state’s utilities to produce 50 percent energy from renewable sources by 2030.

A large new wind-farm near Las Vegas is also under consideration. The Bureau of Land Management is seeking public comments on that project. NV Energy says it’s looking at more than 100 bids for renewable-energy projects, including energy-storage technology.

Von Seggern says he hopes to see Nevada reduce its reliance on hydroelectric power, as climate change continues to shrink the Colorado River. He thinks the state ought to be thinking ahead.

“Hoover Dam has been a tremendous source of energy for the state for years, but that may diminish in years ahead,” he notes.

He adds the desert state could take more advantage of solar power, as well. The U.S. Energy Information Administration has said Nevada has the nation’s best solar-energy potential.