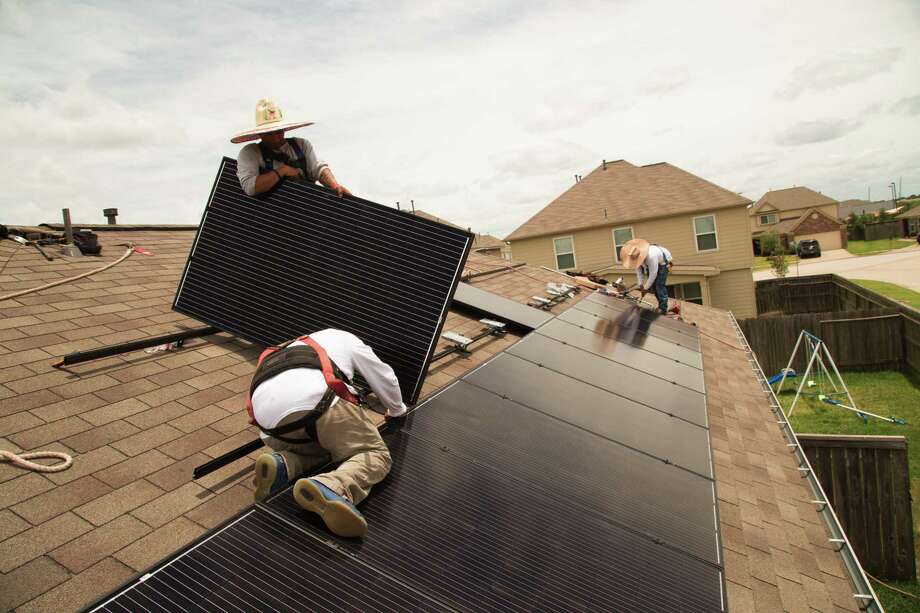 Solar power continues to spread in Houston, but still lags far behind in Austin and San Antonio, where residents and businesses, encouraged by local utilities, have added solar panels much more quickly, according to research released by a national environmental advocacy group.

Rooftop solar has advanced slowly here because Texas does not offer incentives to residents and businesses installing panels as many other states do. The state also does not have a net metering law, which allows the owners of rooftop systems to sell excess power back to utilities and provides another incentive for adoption of the technology.

The state, however, is seeing rapid growth in large, utility scale solar power. Utilty-scale solar — defined as a system having at least one megawatt of power — is expected to nearly double this year,, according to the Electric Reliability Council of Texas, which operates 90 percent of the state’s grid.

More than half of the planned solar projects are in Pecos County, a West Texas hub for utility-scale solar power. Utility-scale projects are eligible for a state tax abatement — up to 80 percent for 10 years — but the real incentive for developers is the transmission that connects remote renewable energy projects to markets in the state’s populations centers.

More transmission lines are expected to be added in 2019 and 2020, likely driving another burst of solar installations.