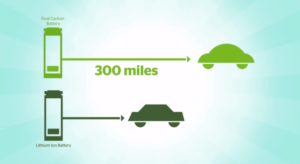 Here is the dope of five stories around electric vehicles which circled the Indian startup ecosystem this past week.

One of the most interesting news in the electric vehicle space was the speculation around the entry of Formula 1-inspired electric vehicles in India and Australia early next decade. The said fleet of EVs will be built by tycoon Sanjeev Gupta who aims to model the budget, lightweight city cars on a design developed by former McLaren Racing and Brabham Technical Director Gordon Murray, and will build EV plants as part of his worldwide push into the auto supply chain.

Further, a study conducted by Velocity MR also reported that 90% of car owners will buy e-cars if the right infrastructure is in place. A 2200 sample size for the study covered car owners across the Indian metros, Delhi, Kolkata, Mumbai, Hyderabad, Bangalore and Chennai. Over 50% of the respondents suggested that the government should provide financial assistance in the form of subsidy and reduced road tax.

Further, in a major development, the NITI Aayog submitted a draft Cabinet note on zero-emission vehicles earlier this week. In a written reply to the Lok Sabha, Minister of State for Planning Rao Inderjit Singh said that in order to promote electric vehicles, NITI Aayog, in its role as government think tank, has proposed the formation of six committees.

He said that each committee, to be headed by the respective secretaries, will decide issues pertaining to the finalisation of non-fiscal incentives; promotion of last mile connectivity; electric mobility in public transport; technology development of R&D electric mobility; charging infrastructure for electric mobility, and demand and supply side incentive.

Given that so much has been happening in the country’s electric vehicle sector, we bring to you the 19th edition of the weekly EV roundups.