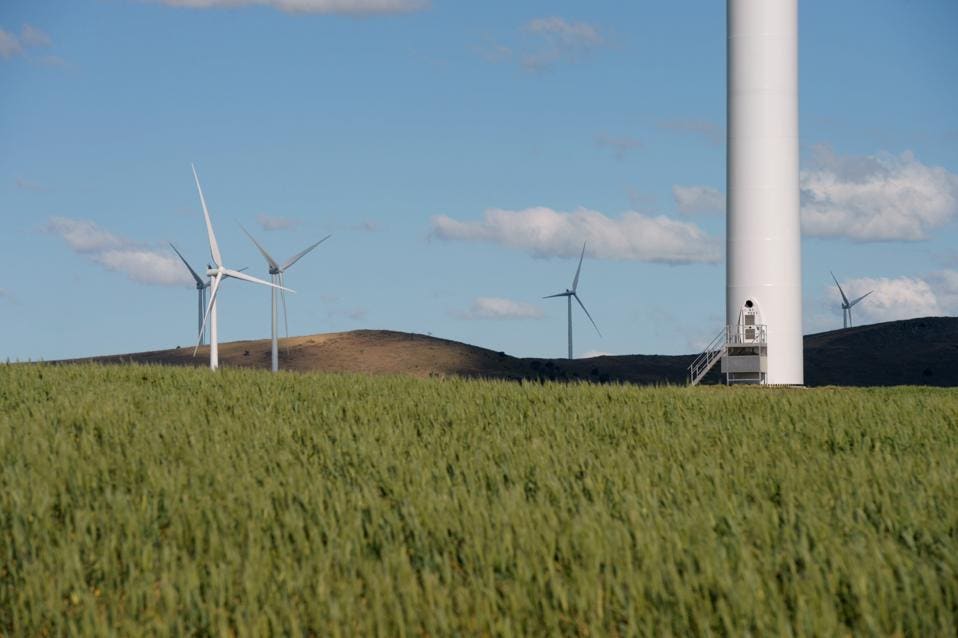 Spectacular falls in the cost of wind, solar and battery technology mean that clean energy is increasingly pushing coal and gas out of the world’s electricity generation mix in a “chilling” development for the future of fossil fuel power generation.

Research group Bloomberg New Energy Finance (BNEF) has released its latest report on the levelized cost of electricity (LCOE) and it suggests that President Donald Trump’s attempts to revive the U.S. coal industry is doomed to failure. That’s because the price of battery storage has tumbled by 79% since 2010, from $1,000/kWh to $209/kWh while both wind and solar power have fallen by 18% in just a year.

BNEF says that fossil fuel power, which is responsible for the bulk of the world’s greenhouse gas (GHG) emissions, which cause climate change, “is facing an unprecedented challenge in all three roles it performs in the energy mix – the supply of ‘bulk generation,’ the supply of ‘dispatchable generation,’ and the provision of ‘flexibility.’”

Wind and solar PV costs have continued to fall over the last year thanks to falling capital costs, higher efficiency and the spread of competitive tenders for clean power around the world, increasing their viability in bulk generation.

Dispatchable power is the ability to respond to requests from the power network to increase or decrease generation and here, it is the pairing of battery storage with wind and solar to enable these intermittent sources of generation to tackle fluctuations in demand by smoothing output or diverting power into batteries to be used at a later date.

Flexibility is the ability to respond to supply shortages and surpluses over a period of hours, and here batteries on their own are now increasingly competitive not just with open-cycle gas plants but also other options such as pumped hydro.

Elena Giannakopoulou, head of energy economics at BNEF, said: “Our team has looked closely at the impact of the 79% decrease seen in lithium-ion battery costs since 2010 on the economics of this storage technology in different parts of the electricity system. The conclusions are chilling for the fossil fuel sector.

“Some existing coal and gas power stations, with sunk capital costs, will continue to have a role for many years, doing a combination of bulk generation and balancing, as wind and solar penetration increase. But the economic case for building new coal and gas capacity is crumbling, as batteries start to encroach on the flexibility and peaking revenues enjoyed by fossil fuel plants.”

BNEF’s LCOE calculations consider all aspects of the construction and operation process, from equipment, construction and financing costs to operating and maintenance expenses and average running hours. It found that in the first half of 2018, the benchmark global LCOE for onshore wind is $55/MWh, 18% lower than in the first six months of last year, while the LCOE for solar PV without tracking systems is $70/MWH, also down 18%. The cost of offshore wind has fallen 5% to $118 per MWh in 1H 2018, but further substantial falls are expected in the next five years as manufacturers bring larger, more efficient turbines to market.

In India, for example, onshore wind now costs just $39/ MWh, down 46% on a year ago, while solar PV costs $41/MWh are 45% cheaper than in the first half of 2017. Meanwhile, generating power from coal costs $68/MWh and combined-cycle gas is $93/MWh. And while the cost of wind-plus-battery can cost anything from $34/MWh and $208/MWh, with solar-plus-battery systems in India vary from $47-$308/MWh depending on project characteristics, the center of those ranges is falling fast.

Competitive auctions for new renewable energy capacity have forced developers, equipment providers and financiers to bear down on all the different costs of establishing wind and solar project s, said Seb Henbest, head of Europe, Middle East and Africa for BNEF. “Thanks to this and to progressively more efficient technology, we are seeing record-low prices being set for wind and solar, and then those records being broken again and again on a regular basis. This is having a powerful effect – it is changing perceptions.”

BNEF has been analyzing LCOEs for different technologies since 2009. During that time, the global benchmark LCOE for solar PV without tracking has tumbled by 77%, and that for onshore wind by 38%. At the same time, the costs for coal, gas, nuclear and large hydro have fallen only very modestly, and in some countries they are actually more expensive.