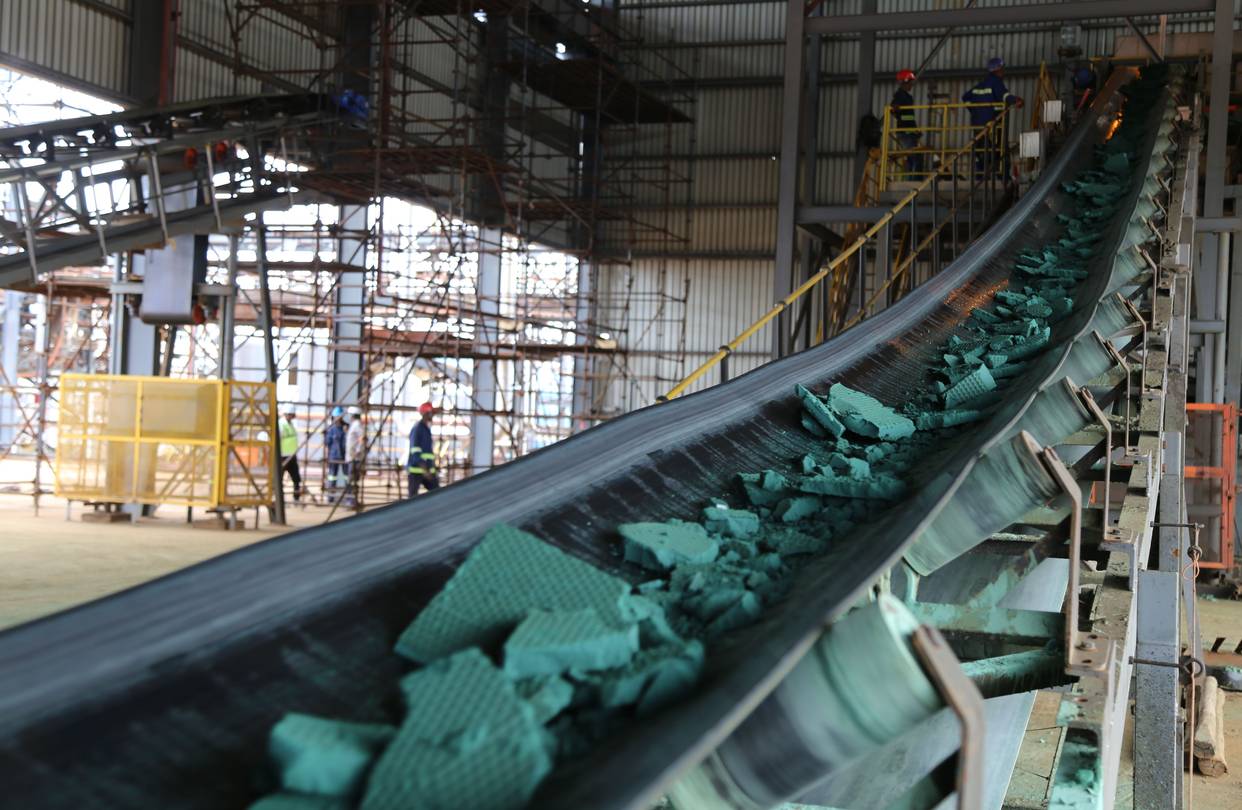 A metal used in the rechargeable batteries that power iPhones and electric cars is one of this year’s best-performing assets, surging more than 20% and outpacing other commodities.

Cobalt prices have extended a record run with demand forecasts holding steady and the supply outlook looking uncertain because of the Democratic Republic of the Congo’s dominance as a source of the metal.

While the prospect of higher supply has slowed the momentum of metals like lithium and copper, which are also used in batteries, many investors expect cobalt consumption to continue to exceed production. Lithium prices are roughly flat this year, while copper has fallen more than 7%.

Cobalt prices have continued to climb even as some of the shares of tech companies, which need the metal for batteries and computer chips, have stumbled. The S&P 500 information-technology sector has shed nearly 10% from its March all-time high with investors worried about the prospect of stricter government regulation, among other reasons.

Congo’s new mining code has added another layer of risk for companies that extract cobalt there, analysts said. New laws scrap protections for the companies and add new, higher taxes and royalties for cobalt. Some firms are wary of using cobalt from Congo because of concerns that some miners are children. That has prompted companies to explore other sources or seek ethically-sourced cobalt.

But the prospect of higher supply is still likely years away, industry executives say, as fully substituting other metals for cobalt is a lengthy process. London Metal Exchange prices for physically deliverable metal last week hit $94,750 a ton, creeping toward the $100,000 milestone.

“At the moment, there is no real way to get away from cobalt,” said Simona Gambarini, commodities economist at research firm Capital Economics. “Investors have jumped in and tried to take advantage.”

The metal nearing $100,000 also may be a sign more investors in Europe and North America are paying attention to cobalt. China is already the most prominent player in the battery market.

Analysts expect cobalt trading to pick up after the LME’s cash-settled cobalt sulfate contract goes live. The exchange has said it could start as soon as the start of next year.

Cobalt prices may be getting a boost from projections that the global economy will expand this year at its fastest pace since 2011. That should boost demand for a wide range of commodities but worries about excess supply have curbed gains in materials from oil to copper.

With cobalt, some say the market won’t have the metal it needs until new projects outside Congo start producing it.

About 60% of mined cobalt comes from Congo, and BMO Capital Markets analysts expect it to account for roughly 85% of industry supply growth in the next five years.

Some investors are cautious about cobalt given the lack of easily accessible investment options and the rapid price run-up. Cobalt prices have now nearly tripled since the start of 2017.

Others note that even a small slowdown in the adoption rate of electric vehicles or a change in China’s subsidy policies for the vehiclescould cause prices to reverse. The price of cobalt sulfate in China has more than doubled since the start of last year, according to Benchmark Mineral Intelligence.

Investors have been monitoring whether reports of increased supply will slow cobalt’s momentum, which is what happened in the lithium market. Oversupply fears led to bearish lithium-price forecasts after a Chilean chemical company, Sociedad Quimica Y Minera De Chile, and authorities in the country reached an agreement in January that would allow the company to ramp up production.

The Benchmark Mineral Intelligence Lithium Index posted a monthly decline in February for the first time in a year. That is after a 28% increase in 2017.

But many analysts think the shortage of physical cobalt will continue to dictate moves in the market, even if speculators might be adding fuel to the rally.

“More than anything it’s being driven by a fundamental lack of metal,” said George Heppel, an analyst at commodity research firm CRU.