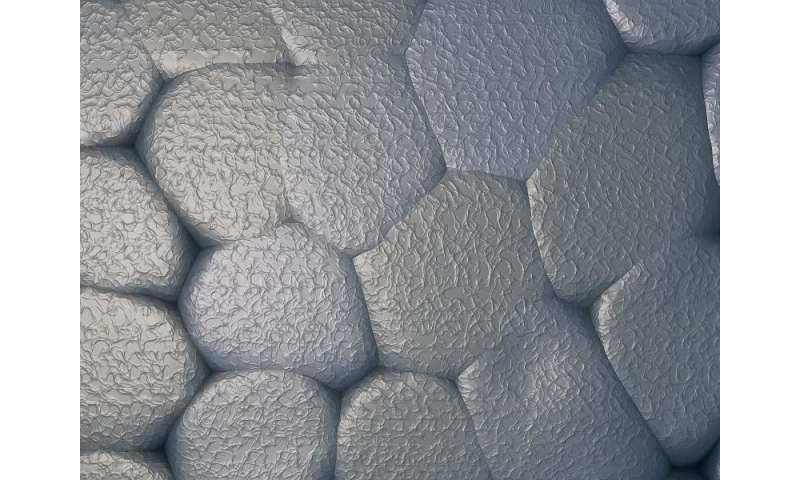 Rechargeable lithium-ion, the dominant battery technology for portable electronics, is increasingly becoming the battery of choice for electric-vehicle and electric-grid energy-storage applications

Since the packing density of lithium atoms is the highest in its metallic form, batteries that use metallic lithium anodes can pack more energy per weight or volume than graphite-based anodes. However, lithium metal anodes are plagued by “dendrite” buildup that takes place over repeated cycles of charging and discharging.

Dendrites are branchlike protrusions that emanate out of the lithium metal surface. Often, they grow long enough to create a short circuit between the electrodes, leading to a fire hazard.

But now a team of researchers at Rensselaer Polytechnic Institute (Rensselaer) has discovered a way to use internal battery heat to diffuse the dendrites into a smooth layer. The researchers reported their findings this week in Science.

“We have found that lithium metal dendrites can be healed in situ by the self-heating of the dendritic particles,” said Nikhil Koratkar, the John A. Clark and Edward T. Crossan Professor of Engineering at Rensselaer and corresponding author of the paper.

Working Around the Dendrite Issue

Chemical reactions produce electricity when positively charged lithium ions from the anode are transported to the cathode when discharging. When the battery is plugged into an outlet to recharge, the reverse happens: the lithium ions flow from the cathode back to the anode.

In a battery with a lithium metal anode, repeated cycles of discharging and recharging cause dendrite buildup on the anode’s surface. This thorny buildup can eventually penetrate the separator and touch the cathode. When this happens, a short circuit takes place that renders a battery inoperable, or worse, causes a fire.

Industry has avoided the lithium dendrite problem by using carbon (typically graphite) anodes. In this approach, lithium ions diffuse into and are stored within the carbon matrix, which isolates each lithium atom, thus preventing dendrite buildup. Typically, one lithium atom is stored for every six carbon atoms, with the excess carbon material serving little more than deadweight.

“Lithium-ion batteries with carbon-based anodes are the best available option, but they can no longer keep up with the storage-capacity demand,” Koratkar said. “For any significant new improvements, we must look elsewhere. The best option would be a lithium metal system.”

Self-Heating Technique Could Be a Game Changer

The Rensselaer researchers’ proposed solution takes advantage of the battery’s internal resistive heating to eliminate the dendrite buildup. Resistive heating (also known as Joule heating) is a process in which a metallic material resists current flow and, as a result, produces heat. This “self-heating” occurs through the charging and discharging process.

The researchers ramped up the self-heating effect by increasing the current density (charge-discharge rate) of the battery. The process triggered extensive surface diffusion of lithium, spreading the dendrites into an even layer.

Researchers first demonstrated this smoothening (healing) of the dendrites in a lithium-lithium symmetrical cell. They then showed the process with the same results in a proof-of-concept demonstration using a lithium-sulfur battery.

Dendrite healing would be carried out by battery management system software, which would provide doses of “self-healing” treatment by running a few cycles at a high rate of charge and discharge when an electronic device is not in use.

“A limited amount of cycles at high current density would occur to heal the dendrites, and then normal operations can be resumed,” Koratkar said. “Self-healing would occur as a maintenance strategy, long before the dendrites become a safety hazard.”

“High-density energy storage remains a critical hurdle between renewable-energy harvesting and its widespread use in everything from electrical vehicles to solar powered homes,” said Dean of Engineering Shekhar Garde. “Results from Prof. Koratkar’s lab show how the fundamental understanding of materials at the nanoscale can be employed to not only increase energy density of batteries, but also increase their life and make them safer.”