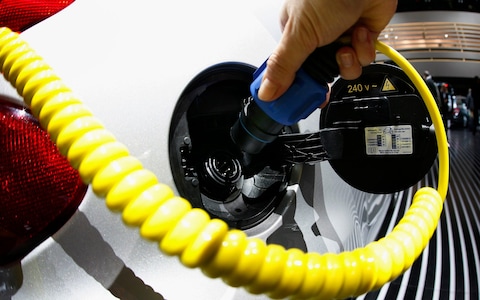 Battery-powered delivery vans weighing over seven tons could prove to be cheaper to own and run than traditional diesel vehicles by the early 2020s, according to delivery giant UPS.

The prediction is a major boon for Government’s plan to accelerate the number of electric vehicles on British roads, despite concerns that the most polluting vehicles may struggle to adapt due to the toll they would take on the power grid.

The multinational shipping and logistics company already plans to increase the number of electric mega-vans in its London fleet to help tackle the capital’s rising road emissions, but the move could accelerate its profits too, according to the group’s sustainability boss Peter Harris.

Mr Harris told The Daily Telegraph that the cost of putting an electric van on the road, including its power costs, will be lower than the equivalent costs of its diesel counterpart within a few years.

The “commercial case” for more sustainable vehicles means the group will be able to increase the number of electric trucks from 65 to all 170 trucks which operate on London’s roads in the next few years.

Electric passenger cars may already be cheaper to own and run than petrol or diesel versions but doubts have clouded the outlook for electric freight carriers which require ten times the amount of power to charge than a regular car.

UPS is betting on a step-change in battery charging technology developed by UK Power Networks (UKPN) to charge up its London mega-vans without tripping the local grid which connects to its depot.

UKPN unveiled the project earlier this month saying its advanced technological know-how ruled out the need for an expensive connection upgrade at the UPS depot.

The pioneering project could pave the way for ambitious battery charging schemes across the whole of the country, UKPN said.

The Government hopes to cut harmful road emissions by banning the sale of conventional petrol and diesel vehicles from 2040.

Drivers of less polluting lorries and other heavy goods vehicles will pay lower rates of tax from February next year, under new measures from the Government last week.