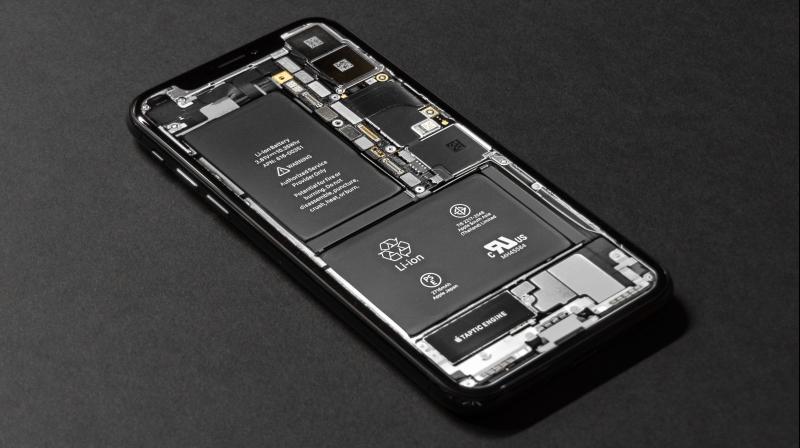 A few years ago, when we assumed that smartphones have stagnated in terms of evolution, Samsung came up with curved edge displays in its Galaxy S6 Edge, which is presently followed by certain other manufacturers for their flagships. The idea of flexible OLED displays has since caught on and inspired the industry to make the phone bendable. However, a bendy-display doesn’t make for a flexible smartphone —all the other existing elements need to be flexible. Apple seems to have cracked the nxt step in making bendy smartphones as one of their patents has unearthed their intentions for building flexible batteries.

Digital Trends recently discovered a patent filed by Apple that expresses their intention to make the smartphone battery flexible. The patent consists of several designs that will allow for the battery to be bent according to the manufacturer’s will. The flexible battery designs are made up of battery cells placed along a flexible substrate, allowing the battery as a whole to bend as is required. However, the patent doesn’t describe any application where such a technology can be implemented.

One doesn’t need to be a scientist to predict where a flexible battery can be put to good use. For starters, a flexible battery inside an iPhone can liberate more space for useful stuff, making phones more compact than before. On the long run, bendable batteries can allow for bendable smartphones, where it can be placed along with flexible OLED panels for a unique user experience. However, this is still a patent and therefore, chances for this to become a reality in the near future are bleak.