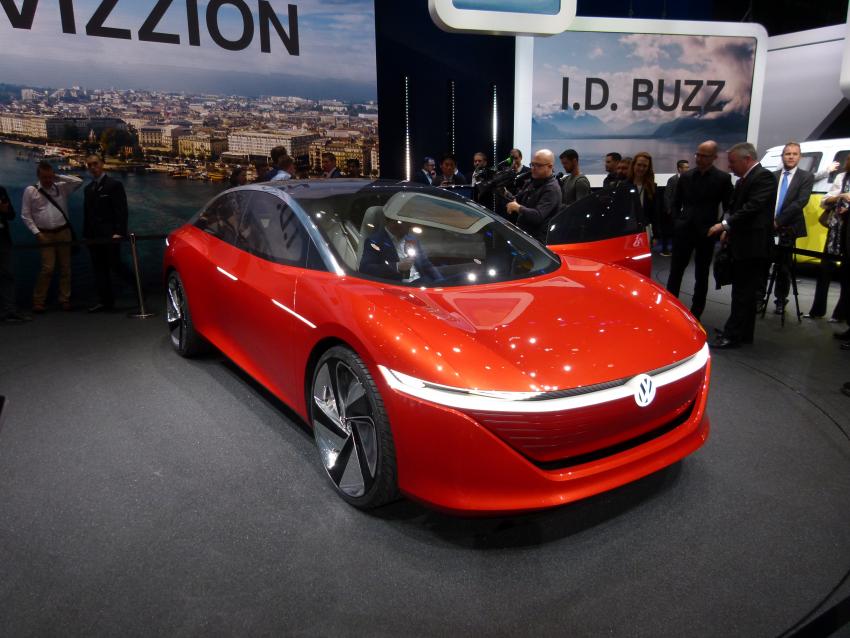 Today’s EV battery market is dominated by Asian suppliers. That is not a healthy economic situation, to say the least. In fact, if left unchallenged, it might threaten the European automotive industry. That is why the European Commission is pushing for the creation of a European Airbus-like consortium, uniting car makers and chemical companies to develop and produce batteries in the EU.

There are a few lithium ion battery factories in Europe, such as the Daimler-owned Deutsche Accumotive. However, they only manufacture the package, not its core elements, i.e. the cells. These cells are being supplied by Asian companies, such as Samsung, Panasonic, CATL and LG Chem, who dominate the market and have an unrivalled chemical knowhow.

With EVs starting to pick up momentum and really becoming important by 2025, Europe wants to have its own cell production facilities. Not only will this create jobs, it will also ensure continuity in supply when shortage may cause Asian manufacturers to limit or even stop delivering cells to the European carmakers – a scenario that is deemed quite realistic by experts.

According to Automobilwoche, the EV battery market could represent 250 billion euros and no less than 4 to 5 million jobs by 2025. However, creating a battery cell production site requires an investment that OEMs are wary to make. It would take ages before such a factory becomes profitable and competitive. Today, Asian cells are just too cheap to try and compete with them, many car makers reckon.

Still, German consortium Terra E believes it can build cells that are 20 percent cheaper than today’s Asian cells. It wants to be operational by the early 2020s and rival Tesla’s Gigafactory in Nevada in terms of output – but that will take at least nine more years. And there is another ‘but’: Terra E will not focus on automotive batteries, but on energy storage solutions to help balance intermittent flows of wind and solar power in Germany’s electricity grid. Indeed, the storage battery market, too, is expected to boom around the world.

Northvolt and the EU consortium

Fortunately, there is another Gigafactory on its way: Northvolt. Backed by ABB, Vestas, Vattenfall, VW (Scania), it is currently raising 4 billion euros for its Skelleftea plant in Northern Sweden. Contrary to Terra E, it focuses on both storage systems for renewable energy and the auto industry. By 2023, Northvolt aims to produce 32 gigawatt hour-worth of battery power. On February 12, the European Investment Bank approved a financing facility of 52.5 million euros to test the commercial viability of Northvolt’s plans.

Still, Northvolt alone would never suffice. By 2025, the EU wants at least 10 Megafactories in the Old Continent. That is why it is creating an Airbus-like consortium that unites chemical companies, car makers and other players. The idea is welcomed by PSA CEO Carlos Tavares, who told the French parliament’s economic affairs committee that his company “enthusiastically supports the creation of a European champion in battery development and manufacturing.” (source: Automotive News).

European EV leader Renault today sources EV batteries from LG Chem, but in January, Carlos Ghosn said that “there is room for a European supplier if it’s competitive.” Volkswagen in the mean time has secured €20 billion worth of battery deals with Asian suppliers in the run up of its impressive EV offensive, which includes launching 50 purely electric models by 2025.

Daimler seem little concerned about the battery cell supply. Dieter Zetsche said the Asian competition makes sure cell prices are attractive. In December 2015, he shut down Daimler’s own cell manufacturing unit Li-Tec because it couldn’t compete with Korean and Chinese suppliers.

In November last year, BMW announced it would be investing €200 million in a battery cell competence centre. “By producing battery-cell prototypes, we can analyse and fully understand the cell’s value-creation processes. With this build-to-print expertise, we can enable potential suppliers to produce cells to our specifications. The knowledge we gain is very important to us, regardless of whether we produce the battery cells ourselves, or not”, said board member Oliver Zipse.