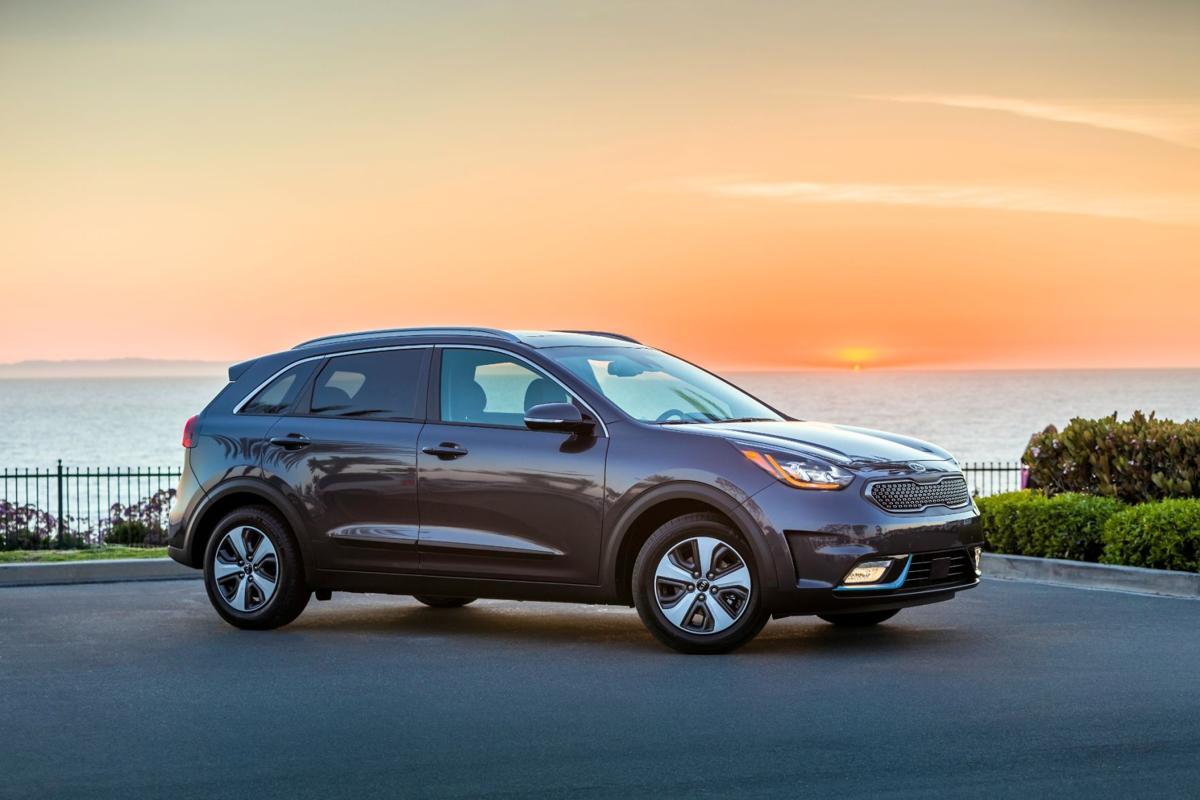 Kia is giving Niro a plug — not promotionally this time, but electrically.

The primary difference, as PHEV’s name suggests, is that this latest Niro can be connected to a wall outlet and charged up for as many as 26 miles of electric driving before the standard-hybrid drive system kicks in. Beyond that, the plug-in is pretty much the same as its hybrid sibling.

The result for PHEV not only is the ability to provide gasoline-free commutes if fully charged, but — probably due to the more muscular electric motor — a tad more enthusiasm around town in the stoplight grand prix, although at-speed acceleration remains leisurely. And, like the standard hybrid, PHEV in hybrid mode displays noticeable hand-offs switching between EV- and gasoline-mode driving.

The Niro plug-in’s 60/40-split rear seat folds flat for a quite usable 54.4 cu.-ft. of maximum cargo space — same as the hybrid. Credit the clever packaging of its battery pack under the cargo floor and rear seat.

Styling is all but identical to the handsomely drawn Niro hybrid, the main exception being the charging-port door on the left front fender. But the robotic grille, raptor-eye headlights and tough-guy black accents on wheel wells and rocker panels are all here.

Infotainment controls are aces, with a logical touch screen, redundant hard buttons, and knobs both for radio volume and tuning. And those steering-wheel toggle switches for audio volume and tuning, cruise-control speed and control of the reconfigurable gauge-pod screen are great — easy to find without taking your eyes from the road.

Finally, in just over 100 miles in hybrid mode, we registered 41 mpg around town — exactly the same figure we achieved last year in 250 miles driving the standard Niro hybrid. So we experienced no mpg penalty despite the plug-in’s nearly 200-pounds of additional curb weight.

The only real caveat we found regarding the plug-in hybrid is cost.

Our conclusion: Folks who nightly — and religiously — plug in Niro PHEV for gasoline-free commutes may find the price premium worthwhile. But those who get indifferent about charging sessions after the novelty wears off will be better served by the standard Niro hybrid.