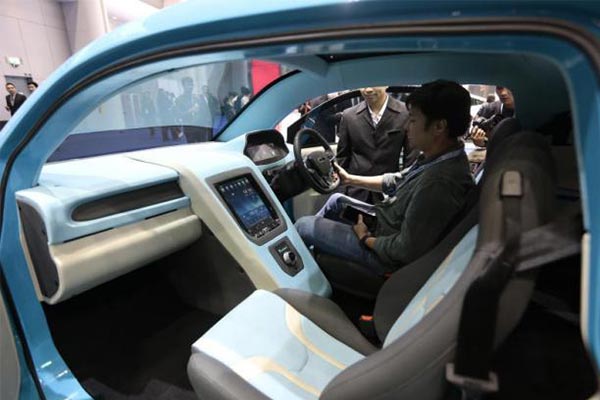 The commercial production of locally made hybrid electric vehicles (HEVs) is likely to start soon as Honda has announced its intention to develop this vehicle segment in Thailand with a 5-billion-baht budget.

The Japanese company is the second automaker in the country after Toyota to signal a clear intent to produce HEVs locally. Honda will provide 1.6 billion baht of the aforementioned budget and its suppliers will make up the rest.

He refused to divulge more details as Honda applied last year for Board of Investment (BoI) privileges — for example, import duty exemptions — and the application is still being processed.

The government drew up the new BoI incentives in March 2017. Applications for HEVs ended in December 2017.

Manufacturers have until December 2018 to apply for promotions for plug-in HEVs and battery electric vehicles (BEVs).

Toyota was the first carmaker to apply for and receive BoI privileges for HEVs last year. The BoI said the firm assembles 7,000 HEVs a year, makes 70,000 batteries for electric cars and produces other parts such as doors, bumpers and front/rear axles, totalling 9.1 million units.

In a related development, new EV makers are rushing to launch BEVs in the Thai market in spite of a decision by major carmakers to remain on the sidelines.

The government`s EV promotional scheme has prodded newcomers to the market to set new milestones for these zero-emission vehicles.

Tananan Kanjanakuha, FOMM Asia`s general manager, said it will submit the application to produce 10,000 BEVs a year after spending 1 billion baht on a seven-rai plot of land in Chon Buri.

“We will start the first assembly line around August,” he said.

FOMM is showcasing the FOMM One at the 39th Bangkok International Motor Show, which opens to the public today and runs until April 8. It said it will accept pre-bookings with an offered price tag of 599,900 baht for the first 2,000 cars.

The actual retail price will be 664,000 baht. FOMM will deliver the cars to customers early next year.

FOMM plans to export its Thai-made BEVs to the Asean and European markets in the near future.

SET-listed Energy Absolute Plc (EA) said it will produce BEVs next year. It will showcase three prototypes at this week`s auto show.

EA has set up Mine Mobility Research Co to handle Thai EV cars under the Mine Mobility brand. The subsidiary has designed three models: a multi-purpose vehicle, a city car and a sports car.

“Mine Mobility cars are set to be a parallel business in a line with EA`s charging stations, which are being expanded from 200 units to 1,000 units this year,” he said.

EA`s energy storage production facility worth US$2.8 billion (87.3 billion baht) is set to be its battery supplier for Mine Mobility cars.