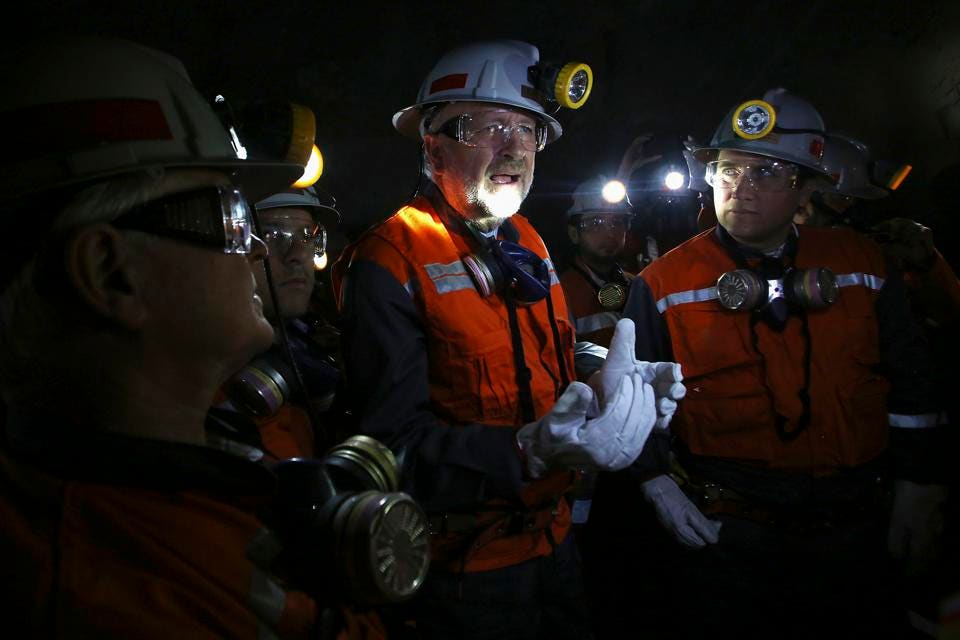 Led by the energy storage and electric car revolutions, lithium could become the most vital commodity of our time. As many countries and cities are banning the sale of oil-based cars, electric ones are now competing with laptops and smartphones for lithium ion batteries. Moreover, the lithium battery boom is the heart of our wind and solar boom, with high-density storage to reserve power for when the “wind isn’t blowing” and the “sun isn’t shining” set as the “Holy Grail.”

Lithium prices have tripled over the past three years, and the U.S. Geological Survey (USGS) reports that worldwide lithium production increased by an estimated 13% to 43,000 tons in 2017. Demand for lithium will no doubt continue to soar. Bloomberg New Energy Finance reports that “electric car production is expected to increase more than 30-fold by 2030.” By 2040, over half of all new car sales and a third of the global fleet will be electric.

Over the next several years, lithium demand could triple and prices could jump 50-75% above historical levels. For 100% electric car penetration, “lithium must see a 2,898% increase in production.” According to Tesla’s Elon Musk, “In order to produce a half million cars per year, we would basically need to absorb the entire world’s lithium-ion production.”

Battery manufacturing is the next great race and the money being thrown around at securing battery supply contracts, and the minerals to produce the batteries, is truly staggering: Volkswagen just signed a $25 billion battery supply deal. 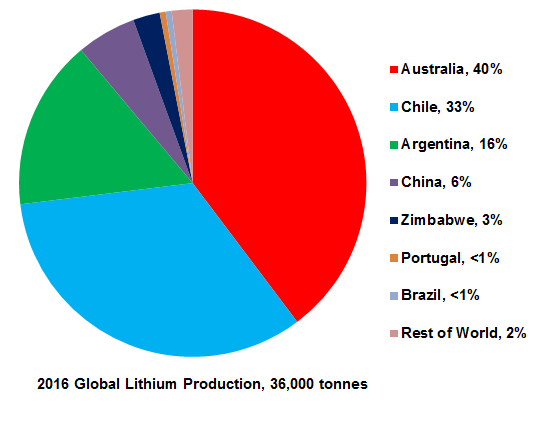 Lithium is a heavy metal and ties right along with the “rare earth” elements that are central to our energy transition. These are essential natural resources that we need to start producing more at home: “Critical Materials and U.S. Import Reliance.” For example, we currently import over half of our lithium and all of our primary cobalt.

A recent report from the USGS identified 23 minerals that are “critical to the national economy and national security” and have “no viable substitutes.” Despite being the world’s largest energy producer, it’s unacceptable that the U.S. is not even in the top eight countries for rare earth mining, especially since rivals China and Russia comfortably sit first and third on that list. Moreover, because the production of these essentials is dominated by just a few giant firms, access can be arduous, and we expose ourselves to precarious whims. Not to mention that many of these products get mined under “terrible” conditions for workers and even children: “Children mining cobalt for batteries in the Congo.”

Thus, producing heavy metals and rare earths is our duty and moral obligation. In December, President Trump signed an executive order to urgently reduce foreign dependence on these minerals and expand our output. Plans are in the works to get a U.S. cobalt mine up and running.

Two Nevada representatives have put legislation in play that would significantly reform the permitting process to encourage investment in U.S. mining.

Chile and China control over 75% of the world’s proven 14-16 million tons of proven lithium reserves, with the U.S. controlling just 1%. But, proven reserves are just a tiny part of our hugely untapped potential. I’ve explained the key but routinely confused difference between reserves and resources.

Today, even though we only have one operating lithium mine (Silver Peak in Nevada), USGS puts our identified lithium resources at nearly 7 million tons. And again, perfectly illustrated in our shale oil and gas revolution, the more we develop resources, the more we realize that there’s way more than we thought.

The potential is huge: New Wyoming Lithium Deposit could Meet all U.S. Demand. And in 2016, California and the U.S. Department of the Interior signed a deal to develop California’s Salton Sea’s resources, one of the most enigmatic places on Earth that contains large amounts of lithium, manganese, and zinc.

Ongoing R&D support for the development of state-of-the-art practices and technologies is critical. As shown in the U.S. shale revolution, we should never underestimate how quickly the extraction industry can evolve. Although sure to be better than today, its future state is ultimately unknowable.

In fact, the National Energy Technology Laboratory, part of the U.S. Department of Energy’s national laboratory system, has found high rare earth concentrations of more than 300 parts per million in coal samples taken from basins in the Rocky Mountains, Illinois, Northern/Central Appalachia, and Pennsylvania Anthracite region. These high concentrations enable the commercial viability of extracting rare earths from coal and its by-products.

Our rebuilding of U.S. infrastructure begins with producing more of the natural resources that we have beneath our feet. A report from the World Bank foresees the energy sources of tomorrow as being even more resource intensive than today’s energy system.