Most people’s lives are affected by the lithium triangle. If you’ve ever used a cell phone or PC, chances are you’ve benefited from the region’s rich mineral wealth.

Made up of South America’s 3 largest lithium producers: Argentina, Chile and Bolivia, the lithium triangle possesses 54% of the world’s lightest metal.

Junior miners in this space could benefit greatly, and we’ve been doing some research we want to share with you.

One company that looks to be in a good position moving forward is:  NRG Metals Inc. (OTCQB: NRGMF / TSXV: NGZ), a junior resource company advancing its lithium interests in South America, which we believe is primed for a breakthrough.

As most investors already know, lithium is the crucial white powder for revolutionizing the future of energy in the form of Lithium-ion batteries. It’s in record high demand thanks to automakers like Tesla and others who are looking to double or even triple EV (Electric Vehicle) production over the next few years.

In fact, majors like Tesla and Volkswagen will more than just double or triple their EV production in the next few years, upon starting from a small base. Tesla hopes to sell 500k in 2018 and 1 million EVs in 2020. Volkswagen expects 2-3 million sales in 2025. [1]

In March of 2016, Tesla CEO Elon Musk stated, “In order to produce half a million cars a year… we would basically need to absorb the entire world’s lithium- ion production.” [2]

The Wall Street Journal backed this too stating, “Tesla and other electric-vehicle makers are swallowing up lithium for its use in lithium-ion batteries that power electric cars.”

Goldman Sachs took things even further in their detailed report on Lithium declaring that lithium is the “new gasoline,” according to Bob Koort, head of Industrials and Materials research, Goldman Sachs Research who stated, “We think Lithium ion batteries will help fuel a dramatic increase in electric vehicle penetration.” [3]

The Demand For Lithium WILL Continue To Grow Year After Year, As An Example, Take A Look At The Chart Below To Get An Idea Of Where We Are Headed.

NRG Metals Inc. (OTCQB: NRGMF / TSX: NGZ) looks like it may have a bright future ahead. NRG is surrounded by huge lithium reserves, and we are looking forward to seeing what lays ahead for this exciting junior positioned in the World’s largest lithium region.

Let’s review some key points for NRG Metals below…

Take note: the leading lithium producers are on the ground in South America – the world’s leading hot spot for lithium production.

We sampled a group of early lithium participants, all of which are junior exploration or mining companies advancing lithium projects. Each of them saw major gains after structuring financing and advancing interests in lithium:

Lithium X – 529% gain – after announcing acquisitions next to Albemarle Corp. (the world’s leading producer) and advancing two projects in Argentina.

Between all three, that’s an average gain of over 400%.

We used this model an applied it to identify a similar player with the same profile at the pre-discovery stage: NRG Metals Inc. (OTCQB: NRGMF / TSX: NGZ)

Argentina is already one of the world’s top lithium producing countries, however, now more than ever, it has significant additional potential. The country contains several mineralized salars or salt fields including the Hombre Muerto and Salar Olaroz properties producing lithium. Also, it is a country with a longstanding and successful mining history.

NRG Metals is a Canadian-based mining company, but its lithium interests are in Argentina. The company’s projects are all strategically located within the Lithium Triangle, in close proximity to one of the largest known lithium deposits in Argentina. Their real estate reside within the Puna Region, an elevated plateau, which lies on the eastern side of the Andes Mountains. 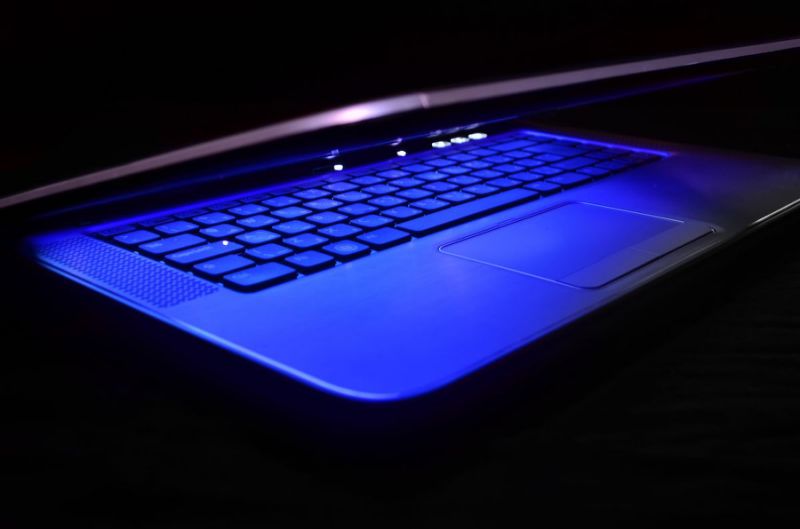 Often in this business, management above the ground is as important as what lies beneath the ground. We will get to that point next.

Exploration stage companies live and die on their drill results—as the old saying goes, “two shots are better than one.”

To date, NRG has completed sampling work at surface that returned anomalous lithium values. More importantly, they completed a Vertical Electric Sounding geophysical program at surface, which identified a zone deeper down that appears to be a brine zone. The all-important “highly conductive with low resistivity zone,” is depicted on the cross sectional below…

V.E.S. is a proven technology that measures the resistivity of zones, and has led to the discovery of many lithium deposits in South America—In short, it identifies potential brine zones that are the host for lithium deposits.

NRG’s next stage is to drill up to six test wells to confirm the expectation that the conductive zone within this large basin contains lithium. Management has now signed off a drill contract and expects to be drilling in the very near future.

The Hombre Muerto North Lithium Project (or ‘HMNL’) sits right beside FMC’s lithium-producing Fenix Mine, and Galaxy Resources’ Sal de Vida Lithium Project, both in the province of Salta. Location here is everything as the Hombre Muerto Salar is one of the most explored in Argentina. Work by Galaxy Resources, a big Australian lithium player right next door, has confirmed that the higher-grade areas of the salar are trending north, towards the NRG land package. A drill hole released by Galaxy in this area returned lithium values from 564 mg/L Li to 895 mg/L Li—(IMPORTANT NOTE: that hole is only 750 meters south of the NRG claim border).

Recent sampling on the NRG claim blocks returned even higher lithium values. So based on the available data, NRG has applied for permission to drill up to six exploration test wells, six pumping wells, and complete initial evaporation test pond construction. This should be easy work with potentially really good results. They should get permission to drill shortly.

There is a lot more going on behind the scenes for NRG, but these two projects show a balanced company approach. By drilling both a high-risk, high-reward exploration shot, and also balancing the risk with work within a known exploration area, there should be very interesting news flow from NRG in the immediate future.

NRG Metals Inc. is a Junior Canadian Exploration company in search of brine based lithium targets in Argentina, Chile and Bolivia.

These stocks represent some of the early leaders who have already experienced a major lift from the rise in lithium. They’re not likely to see the kind of appreciation that our feature company could produce, but they are indeed solid examples of just how much profit the lithium market is already yielding.

Sociedad Quimica y Minera de Chile
(NYSE: SQM)
Market Cap: $7.2 billion
SQM, a worldwide company based in Chile and founded in 1968, has today a strong global presence in a wide variety of industries and applications through its five business lines: Specialty Plant Nutrition, Iodine and derivatives, Lithium and derivatives, Industrial Chemicals and Potassium.

Nemaska Lithium
(OTC:NMKEF TSE: NMX)
Market Cap: $261.5 million
Nemaska Lithium is a pure play lithium investment. The Company is solely focused on developing its Whabouchi lithium project into a viable lithium mine and becoming a leading supplier of lithium hydroxide and lithium carbonate to the emerging lithium battery market as well as other applications.

There’s one simple way to play this market now: get in on junior mining companies looking to make new lithium discoveries, right now. In other words, go to the source. That makes companies operating in South American, especially Argentina, an obvious choice.

We look for leverage, like 10 to 1, 20 to 1 or more on our speculative selections. For those kinds of massive returns, you need to look at early-stage mining businesses focused on potential production of a viable resource. That’s why we’ve zeroed in on Argentina and NRG Metals.

This company has all earmarks of a future lithium producer and they’re moving fast to advance lithium interests.

All of this has taken place in a short time period since late 2016. In addition, the company upgraded to the OTC Markets QB board, giving level-two quotes, and a high level of corporate transparency. Word is just getting out and NRG Metals has yet to realize the kind of market attention that has led to huge increases in other small lithium resource companies’ share prices.

While the market is looking for direction. Consider NRG Metals (OTCQB: NRGMF / TSX: NGZ) at its current undiscovered stage. Then follow the news and advances as they break by joining their email list at www.nrgmetalsinc.com.

Just remember that those who waited on companies like Lithium X, Millennial, and Nemaska because they were smaller, or early stage exploration stage companies missed out on some of the biggest movers within the lithium sector.

You may hear a lot of buzz about the lithium market suggesting that the supply imbalance is just another “bubble.” We disagree. The market shift is far too substantial for this to be a fad or singular spike based on speculative demand.

If you believe a single word of the current trending dialogue offered about the future of electric power, you must agree that lithium is here for the long term, wherein valued suppliers to the industry stand to make a fortune.

We believe early investors in lithium companies aggressively taking the lead should reap the greatest rewards.

Nothing in this publication should be considered as personalized financial advice. We are not licensed under securities laws to address your particular financial situation. No communication by our employees to you should be deemed as personalized financial advice. Please consult a licensed financial advisor before making any investment decision. This is a paid advertisement and is neither an offer nor recommendation to buy or sell any security. We hold no investment licenses and are thus neither licensed nor qualified to provide investment advice. The content in this report or email is not provided to any individual with a view toward their individual circumstances. USA News Group is a wholly-owned subsidiary of Market IQ Media Group, Inc. (“MIQ”). MIQ has been paid a fee for NRG Metals Inc. advertising and digital media. There may be 3rd parties who may have shares of NRG, and may liquidate their shares which could have a negative effect on the price of the stock. This compensation constitutes a conflict of interest as to our ability to remain objective in our communication regarding the profiled company. Because of this conflict, individuals are strongly encouraged to not use this newsletter as the basis for any investment decision. The owner/operator of Energy Metal News News own shares of NRG Metals and have no plans of selling any shares in the next 72 hours from this publication date (October 3, 2018), but reserve the right to buy and sell shares of NRG Metals at any time thereafter without any further notice. We also expect further compensation as an ongoing digital media effort to increase visibility for the company, furthermore, MIQ will participate in private placements with the company for common stock in the company, no further notice will be given.