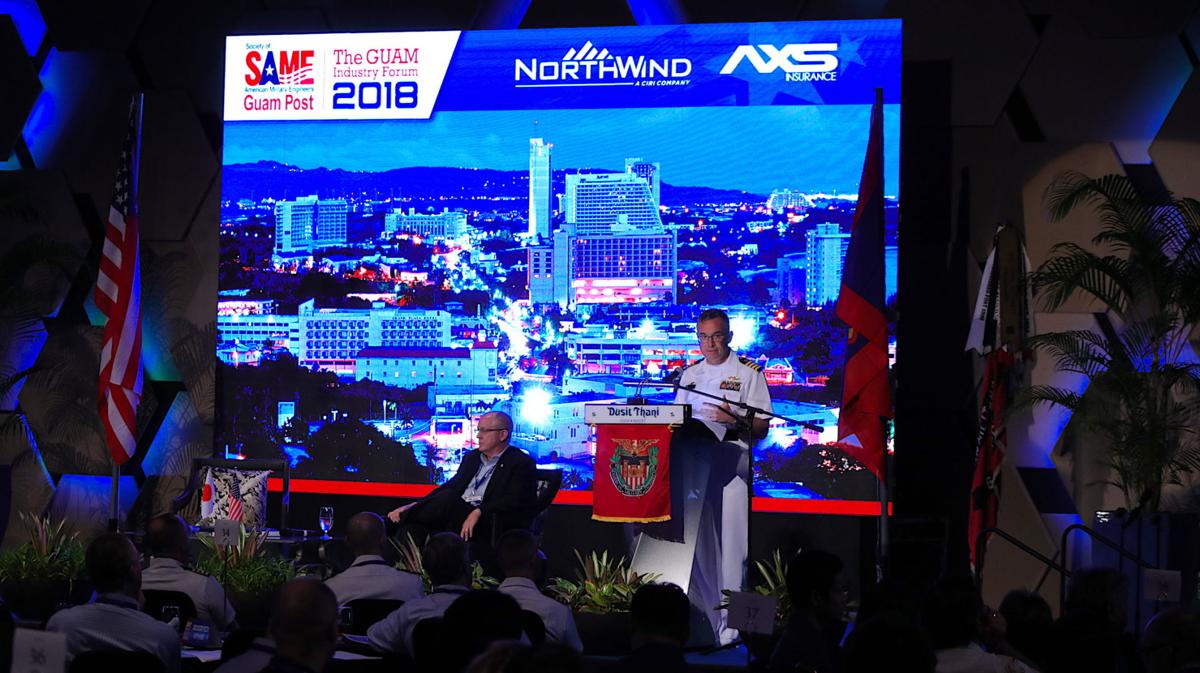 The military plans to build a state-of-the-art, energy-efficient Marine Corps base on Guam to accommodate the thousands of Marines who will be relocating to the island as part of the military buildup.

“What we are doing is to build a 21st-century base,” said Will Boudra, director of the Guam Program Management Office for Naval Facilities Engineering Command (NAVFAC) Pacific, during a presentation March 7 at the Guam Industry Forum 2018.

According to Boudra, the Department of Defense recently gave a directive to incorporate energy resiliency and energy security into the military’s main facilities and installations.

“For the different programs on Guam, our objective is to incorporate those new technology to help us achieve those goals,” he said, referring to the military relocation projects on island.

According to Boudra, they are currently analyzing the possibility of implementing a microgrid power system for the new base. He said this will include integrating a backup power generation system to serve as a contingent power source for critical facilities.

“Additionally, to effectively manage baseline energy usage, we are analyzing implementation of a smart grid system to monitor and control energy usage via digital communications,” he said.

They also are exploring the possibility of implementing a base-wide district cooling system to reduce utility costs. The technology includes circulating chilled water to the military facilities for air conditioning, according to Boudra.

“These are just some of the energy-resiliency and energy-security initiatives which we are planning and working hard on for the new Marine Corps base on Guam,” he said. “There will be more information to follow in the months ahead as our new project solicitations are released.”

Aside from these initiatives, Boudra also provided information on the status of military relocation projects. He said nine projects have been completed at a total of $510 million. Eight additional projects have been awarded, or are under construction, totaling $495 million. Six projects worth a combined $2.6 billion are in the solicitation process.

The industry forum, held from March 7 to 9 at the Dusit Thani Guam Resort’s Guam Convention Center, discussed construction and development opportunities associated with the relocation of Marine Corps forces to Guam.

The event drew more than 500 participants interested in business and job opportunities related to the relocation plan.