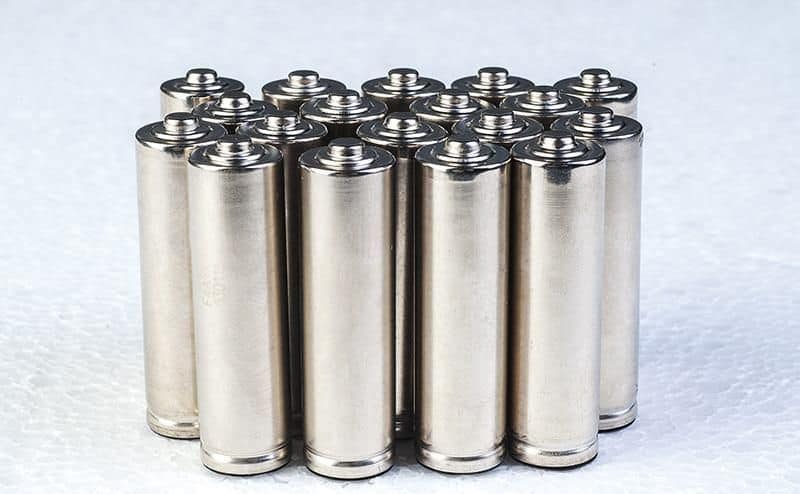 Batteries that generate and pass electrons through chemical reactions involving a pure lithium metal conductor and ambient air have a big drawback in the form of a life cycle that typically only lasts a month or so, but researchers with Argonne National Lab, with some help from some figures in the world of academia, have figured out how to stop many of the side reactions that occur during the main energy-producing reaction, making the batteries last far longer. In testing, the batteries held up to hundreds of full charge and discharge cycles. Given that they can hold about five times more energy than comparably sized lithium-ion cells, this could mean smartphone, tablet, and laptop batteries that last five times longer on a charge than current tech, and can maintain capacity and battery health for years, among other benefits.

To be specific about how it all works, a basic understanding of lithium-air batteries is required. A pure lithium conductor uses oxygen from the air around it in a reaction that generates electrons. Since most of the battery’s reactive component cycles in and out rather than being permanently locked in, the batteries weigh less, are less fragile, and can last longer when compared to lithium-ion batteries. The problem is in the side reactions that occur as the lithium filters the oxygen from the air. Carbon dioxide and other gases in the air can break the lithium down and insert impurities, but that’s exactly the quality that researchers exploited to create a longer-lasting battery. They ran a few charge cycles in an environment packed with nothing but pure carbon dioxide, and this ended up coating the lithium inside the battery in a fine mesh of crystals that acted as a filter, reducing the amount of non-oxygen elements that touched the lithium. Paired with an electrolyte made from a few organic chemicals, the new setup ended up slowing down wear so much that some 99.97% of the original, undiluted lithium content was still present and pure after a cycle, ready for another reaction.

The implications here are pretty obvious. Not only will such batteries last far longer on a charge and in total life than what’s in common use now, but their open design will allow for slimmer, smaller gadgets. The open-air design of the batteries’ insides will almost certainly make explosions a thing of the past, since those happen due to thermal runaway that occurs when the anode and cathode of a traditional battery meet head-on due to a breach in the wall between them. It’s worth noting that testing was done in an air simulation rather than open air, and a lot of information is left out of the white paper, possibly indicating that there’s some element going wrong that’s not being disclosed. In any case, this new tech is just research for now, and if it does take off, shouldn’t be expected to be in consumer devices for at least a few years.