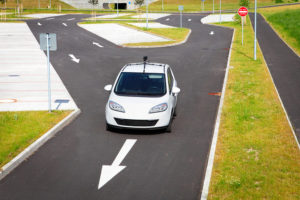 Global automakers are sharpening their focus on the electric car market, prompted by the success of Tesla Inc and rising demand for vehicles powered by cleaner technologies.

Automakers investing in the rapidly growing electric market include:

BMW AG – The Munich-based maker of BMW, Rolls-Royce and Mini vehicles plans to bring 25 electrified models to market by 2025 and will increase research and development spending to an all-time high of up to 7 billion euros ($8.6 billion) this year as part of the efforts.

In February, the company and China’s Great Wall Motor Co said they would jointly produce electric Mini vehicles in China. The venture could start production around 2021 or 2022.
VOLKSWAGEN – Europe’s largest automaker has picked partners to provide battery cells and related technology worth around 20 billion euros ($25 billion) for its growing electric car program.

DAIMLER AG – The luxury carmaker is investing 10 billion euros in electric and hybrid technology and is preparing to launch the EQ electric car. It aims for 100,000 annual electric car sales by 2020.

GREAT WALL MOTOR CO LTD – The automaker aims to more than double its annual sales to 2 million vehicles by 2025, with roughly a third of those expected to be all-electric cars. It also plans to invest 20 billion yuan ($3.16 billion) on electric vehicle research and development by 2020.

GENERAL MOTORS – The No. 1 U.S. automaker has promised investors it will produce profitable electric vehicles by 2021 and that 20 new battery electric and fuel cell vehicles will join its global lineup by 2023.

TOYOTA MOTOR CORP – The carmaker has ramped up its electric vehicle development, pledging to add more than 10 EV models to its product lineup in the early 2020s after long touting a green-car strategy focusing mainly on hybrids and fuel cell vehicles. It has also partnered up with Panasonic Corp to develop EV batteries.

AUDI – The luxury carmaker plans to launch 20 electrified models by 2025, more than half of which will be all-electric, in collaboration with VW’s Porsche.