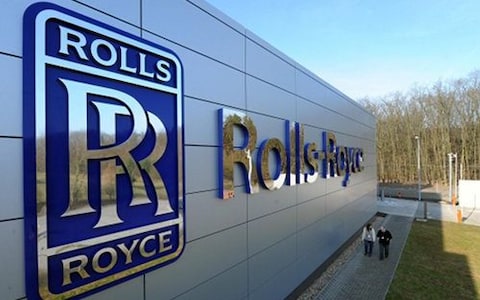 Rolls-Royce, the engineering giant, is joining the race to build the next generation of energy storage “batteries” using the same material originally designed for hard-wearing contact lenses.

The FTSE 100 group said it will work with Superdielectrics, a research company, to use the material to challenge the dominance of traditional batteries.

Early studies with the universities of Surrey and Bristol have shown that the new polymer can create a capacitor, or energy storage, which is between 1,000 to 10,000 times more effective than existing materials. This “supercapacitor” could provide the bridge between systems which are quick to charge and quick to release small amounts of energy and those, such as lithium-ion batteries, which are slow to charge but last longer. It could allow electric vehicles, for example, to charge up fully within a few minutes and last as long as today’s electric cars.

Dave Smith, Rolls-Royce technology boss, said: “We believe that electrification will play an increasingly important role in many of our markets over the coming years and by working with partners on potential new technologies for energy storage we can ensure that Rolls-Royce is well positioned to take advantage of new developments,” he said.

The deal, to be announced today, comes just weeks after Warren East, the Rolls-Royce boss, told analysts: “Electrification is an inescapable trend in industrial markets today. And that includes in aerospace, in due course, but it’s actually present today in many of the markets that we serve through our power systems business.”

The group is also hoping to pioneer small-scale modular nuclear reactors which could be built at a fraction of the cost of traditional giant nuclear plants.