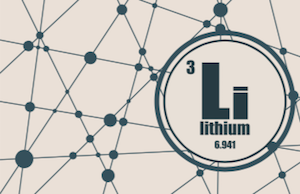 Lithium-ion battery use has grown 73 percent from 2010 to 2014, but production has only increased 28 percent, as per a 2017 study on the lithium-ion supply chain. Not a good sign considering electric car production is expected to increase more than thirtyfold by 2030, according to Bloomberg.

Producing battery-grade lithium carbonate requires the purest form of lithium, but lithium brines contain an abundant amount of magnesium and other associated minerals that need to be treated and removed. Separating magnesium from lithium brines is crucial in order to produce high-purity lithium carbonate. The separation process is costly, requires additional steps and uses large amounts of electricity, which increases the carbon footprint for lithium operations.

If a company can “crack the code” on how to enhance lithium extraction to produce a purer concentrate, all while keeping costs and energy use down, it not only has the potential to increase revenue, but also to firmly position itself as an innovator in a growing market.

“Magnesium is one of the biggest challenges in the processing of lithium brines for battery-grade lithium carbonate,” said Robert McAllister, president and CEO of Enertopia. “If we can remove magnesium before we even start the extraction process, then it could be a big-time industry game changer.”

Under the traditional evaporation method for processing lithium from brine deposits, mineral-rich saltwater is pumped to surface using drill rigs similar to those used in the oil industry and then refined in solar evaporation ponds.

When lithium concentration in the ponds reaches optimal levels of around 6 percent, it is pumped to a recovery plant where unwanted minerals like magnesium — which has most likely also been concentrated to two or three times the lithium concentration level — are filtered out and lithium is then extracted. While brine deposits are generally cheaper and easier to extract than hard rock deposits, this deposit type is not without its own set of issues.