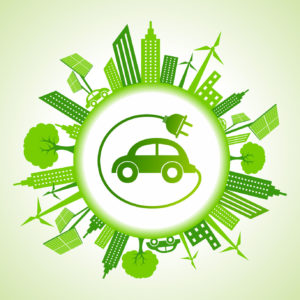 Various ministries in India such as the Road Transport and Highways, Heavy Industries and the Ministry of Power will soon release their action plans pertaining to the electric mobility adoption in India.

Speaking to Inc42, a Sr. NITI Aayog officer closely working on the development stated, “The adoption of electric vehicles requires coordination among various ministries. Each ministry is doing its task. We are coordinating with the ministries to ensure that the tasks get released in the required shape and frame.”

Explaining it further, he added, “Action plan will be different for different things. For instance, for batteries, charging infrastructure, financial assistance and other components; there will be a different set of action plans. It will be the ministries that have to perform these tasks.”

The decision of dropping an EV policy plan and adopting an action plan instead has been taken owing to the fact that lithium and cobalt, that constitute as key components of the battery for electric vehicles, are largely imported from China. Any hardcore EV policy such as going all-EV by 2030 will only increase the dependency on China, if the alternatives are not explored further.

On FAME India scheme (Faster Adoption and Manufacturing of (Hybrid &) Electric Vehicles in India), he stated that the scheme was actually launched by the Ministry of Heavy Industries and there is possibility that after March 31, the Ministry will come up with another phase of the same scheme.

The ministries that have been asked to formulate guidelines for the EV adoption are those of heavy industries, power, new and renewable energy, road transport and shipping and highways, earth sciences, urban affairs and information technology, reports Mint.

As per the report, while the road transport ministry has been asked to form guidelines on non-fiscal incentives, public transportation and last-mile connectivity in the context of EVs and sustainable mobility solutions, the power ministry has been tasked with framing rules for charging infrastructure.

The Electric Vehicle (EV) Action Plan and Policy have been moving back and forth like a pendulum in the recent years. There appeared a change of vibe after the then Union Power Minister Piyush Goyal had boldly stated that no petrol or diesel cars will be seen running on the road after 2030.

However, the ‘golden balloon’ of going all electric by 2030 soon burst as the automobile companies found out that the government had no plans pertaining to fuelling the golden balloon.

Speaking of the loopholes Mercedes-Benz India MD and CEO Roland Folger had earlier stated, “Can the government invest hundreds of billions of dollars into setting up charging stations and associated infrastructure? If not, then who will foot the bill? Definitely not the private sector. If at all the government manages to raise funds, is it worth the effort in terms of meeting the key objective of bringing down pollution?”

Amid huge backfire from automobile companies, Babul Supriyo, Minister of State for Heavy Industries and Public Enterprises stated, “There are, at present, no plans under consideration of the Department of Heavy Industry to make all vehicles in the country powered by electricity by 2030.” In fact, last month, the Union Minister of Road Transport and Highways Nitin Gadkari averred that there is no need to have an EV policy.

Going all-electric was an important part of the PM Modi government’s promise at the Paris climate change summit 2016. Lack of policy, delay in plans and shooting lofty canons in the air to attract more eyeballs certainly indicate otherwise. Amid all this, newly-released white paper by the Society of Indian Automobile Manufacturers (SIAM) has predicted that going all-EV might not be possible before 2047.