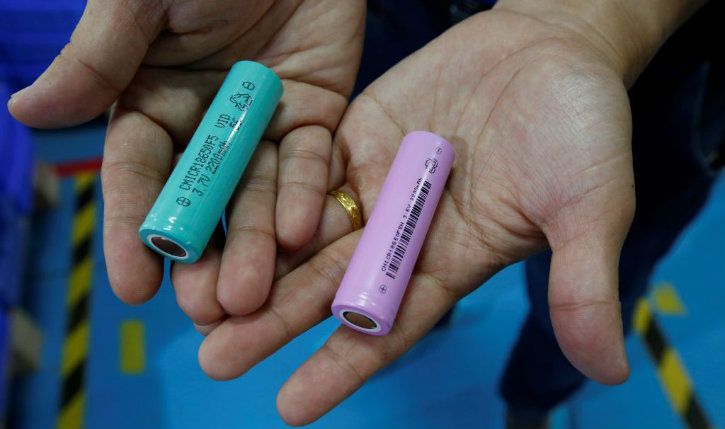 A team of researchers at RMIT University in Melbourne, Australia have created the world’s first rechargeable proton battery. The current battery is simply a prototype, but the research team says that it is a step toward creating a more affordable and environmentally friendly energy sources. The team believes that within five to ten years, the proton battery could compete with commercially available lithium-ion batteries.

“Lithium-ion batteries are great but they rely on ultimately scarce and expensive resources,” lead researcher John Andrews told the Guardian. “Hydro is also a good technology but suitable sites are limited and the cost may be very high.”

In an RMIT University news story, Andrews said that the world’s energy needs were continuing to increase and he believes that proton batteries have the potential to supplement or even replace lithium batteries due how expensive and rare the materials used in lithium batteries are.

“The proton battery is one among many potential contributors towards meeting this enormous demand for energy storage,” Andrews said. “Powering batteries with protons has the potential to be more economical than using lithium ions, which are made from scare resources. Carbon, which is the primary resource used in our proton battery, is abundant and cheap compared to both metal hydrogen-storage alloys, and the lithium needed for rechargeable lithium ion batteries.”

Another benefit of this proton battery is the fact that, thanks to the way it produces energy, the carbon it produces is not burnt or released into the air as fumes. This makes it more environmentally friendly than standard lithium batteries.

Environmental and economic costs are important things to consider, but potential consumers maybe wondering how well the battery works. The current prototype, which has an active surface area of 5.5 square centimeters, is already capable of storing as much energy-per-mass as lithium batteries. Andrews and his team are currently working on ways to improve the battery now that they have a working prototype.

“Future work will now focus on further improving performance and energy density through use of atomically-thin layered carbon-based materials such as graphene, with the target of a proton battery that is truly competitive with lithium ion batteries firmly in sight,” Andrews said.