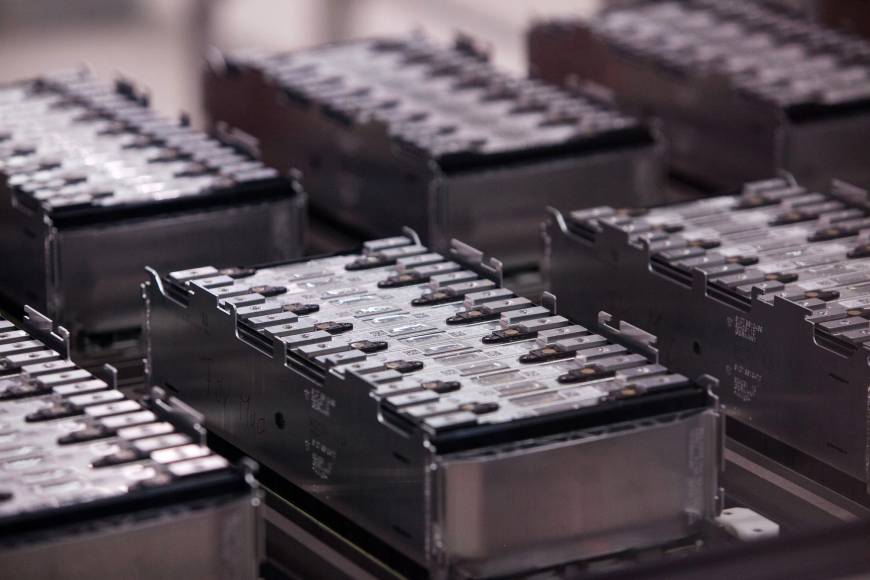 China is hoping to become the Detroit of the battery-powered electric vehicle industry. Sales of EVs are expected to reach 1 million this year alone, and the government has big plans for expansion. But this welcome trend comes with a perplexing side effect: China is now using up more lithium-ion batteries than anywhere else in the world. What to do with them?

Throwing those batteries away could be environmentally hazardous. Recycling them, meanwhile, turns out not to be very profitable. The solution China has hit on is simple — but may have profound consequences for the environment.

Since the 1990s, rechargeable lithium-ion batteries have proved to be a useful way to store lots of energy in small spaces. This makes them ideal not only for cars but for consumer electronics, such as power tools and iPhones. It’s only natural that China, the world’s leading manufacturer and consumer of such gadgets, is also now the top maker of lithium-ion batteries.

The dilemma of what to do with those batteries once they’re discarded is only growing. Recycling them for commodities would seem like a compelling opportunity. There’s a near-endless supply, the government offers generous subsidies, and China is home to the biggest and most advanced battery recyclers anywhere.

Yet lithium-ion batteries have a quirk that undermines these efforts: They remain useful long after the device they powered — phone, power drill or car — is retired. Estimates vary, but the average electric-car battery should have at least 70 percent of its capacity left after a decade of use. A working battery, which can account for as much as 40 percent of a car’s cost, is obviously far more valuable than a recycled one.

That’s why repurposing — putting old batteries to use in new applications — has become an increasingly popular alternative. And thanks to China’s tinkerer ethic, low-cost labor and willingness to tolerate lower standards in exchange for lower prices, the repurposing business is thriving.

Much of the industry remains informal. I’ve visited workshops where old smartphone batteries are simply stripped of their labels and covered in new ones, then resold online. Other operations are more by-the-book, with testing protocols and corporate customers that use the batteries for power storage. The industry is huge — a fact reflected in global pricing for used batteries. According to Hans Melin, author of a recent analysis of the lithium-ion market, Chinese refurbishers will pay $4 per kilogram for batteries with reuse potential; a battery more suited for recycling will go for as little as $1.50 per kilogram.

Companies around the world are starting to see the potential of this approach. BMW AG recently commissioned a trial energy-storage farm that will deploy up to 700 used battery packs to capture energy generated by windmills. China Tower Corp., operator of 2 million telecommunication towers, intends to replace the lead-acid batteries it uses for power backups with “second life” lithium-ion batteries procured from manufacturers.

That’s precisely the kind of arrangement China is hoping to encourage. Last month, it issued new guidelines intended to cement its status as the world’s leading destination for depleted electric-car batteries. Repurposing many of those batteries for other energy projects should further reduce the electric-vehicle’s impact on the environment. Even better, the steadily growing supply of old batteries should drive down storage costs. Bloomberg New Energy Finance estimates that repurposing a battery will cost as little as $49 per usable kilowatt-hour in 2018, compared to $300 for a new battery.

Added up, the benefits of this shift could be vast. By 2025, 60 percent of retired car batteries will be used in energy storage before being recycled, Melin predicts. That should drive down costs, further cut emissions, and reduce demand for new batteries and the associated raw materials. In other words, not only is China managing its used batteries — it may well serve as an example for how the rest of the world can sustainably power-up.