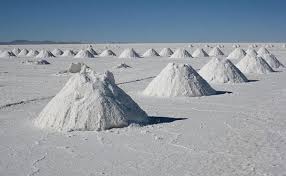 Chinese battery-grade lithium carbonate prices have risen since the lunar new year with producers making higher offers because of the positive outlook for the new energy vehicles market.

Chinese lithium producers pushed prices higher this week on expectations of rising demand from the new energy vehicles (NEVs) sector, and some lithium-ion battery cathode material producers have started to replenish stockpiles on an as-needed basis after the lunar new year holiday.

“The Chinese domestic battery-grade lithium carbonate spot market has gone up, with suppliers expecting more sales post-holiday. I think prices will stay at this higher level for a while. We plan to increase our offer price to 165,000 yuan per tonne later,” a lithium producer told Industrial Minerals.

The seaborne lithium hydroxide monohydrate (LiOH.H2O) market remained quiet, with buyers still negotiating prices with suppliers. The prices for technical and industrial grades of lithium hydroxide monohydrate (min 56.5% LiOH.H2O) were unchanged at $19-21 per kg while the price for the battery grade* was $19-22 per kg, both on a cif China, Japan and South Korea basis on March 8.