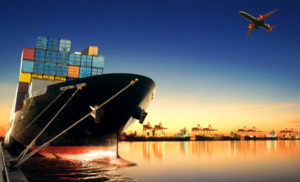 Since early 2015, a mid-sized car ferry, the MS Ampere, has been traversing the Sognefjord in western Norway from early morning to evening, seven days a week — without a whiff of smokestack exhaust or a decibel of engine roar. The 260-foot Ampere, which carries 120 cars and 360 passengers, is the one of world’s first modern, electric-powered commercial ships, with battery and motor technology almost identical to today’s plug-in electric cars, only on a much larger scale.

Norway’s long and jagged Atlantic coastline — with thousands of islands and deep inland fjords — made the Norwegians a seafaring people long ago, and even today ferry travel is the fastest way to reach many destinations. Given this geography and the country’s abundant hydroelectric resources, it’s hardly surprising that the Norwegians have plunged ahead in the development of electric shipping, beginning with light, short-range ferries.

Currently, Norway has just two fully operational electric-powered ferries. But 10 more will be christened this year, 60 by 2021, and by 2023 the country’s entire ferry fleet either will be all-electric or, for the longer routes, equipped with hybrid technology, experts say. Moreover, Norway’s top cruise ship operator soon will launch two expedition cruise liners with hybrid propulsion that are designed to sail the Arctic. Several Norwegian companies have teamed up to construct a coastal, all-electric container ship that could eliminate 40,000 diesel truck trips annually. Eidesvik Offshore, a firm supplying offshore oil rigs, has converted a supply vessel to operate on batteries, diesel and liquefied natural gas.

Norway is already a global leader in the adoption of electric vehicles, spurred in large measure by the hydropower that provides 98 percent of the country’ electricity. So moving into the forefront of tackling a major global environmental challenge — decarbonizing the world’s shipping fleet — was a natural step for the country. Other nations — including Finland, the Netherlands, China, Denmark and Sweden — also are beginning to launch electric ships. Last year, China, for example, commissioned a 230-foot all-electric cargo ship, one that, ironically, transports coal along the Pearl River.

But if the electrification of the world’s automobile and truck fleet represents a daunting challenge, then converting the global shipping fleet from heavily polluting fuel oil and diesel to renewable sources of energy is no less complex. It’s one thing to use electricity and lithium ion batteries to power a car ferry across a Norwegian fjord, with charging stations at both ends of the run. It’s quite another to power the more than 50,000 (PDF) tankers, freighters and cargo carriers in the world’s merchant fleets across oceans. International shipping accounts for about 3 percent of global carbon dioxide emissions, and this could shoot up dramatically to 17 percent (PDF) by 2050 if other sectors decarbonize while shipping emissions climb higher, as they have unremittingly in recent years (PDF). The booming cruise ship industry has become a significant problem recently, emitting large quantities of carbon dioxide and sulfur dioxide, among other pollutants, according to German environmental group NABU.

Converting the world’s shipping industry to run on renewable energy remains a longer-term goal that experts say will require the development of more sophisticated battery technology and a new regulatory framework.

“A lot of energy is needed to propel ships,” argued Olaf Merk of the International Transport Forum, a think tank for transport policy that is part of the Organization for Economic Cooperation and Development. “Electric ships are becoming attractive options for ships sailing short distances. But longer distances would require huge battery packs. This wouldn’t be attractive at the moment because of its high costs.”

Abbasov says the sector would change much more quickly if ship fuels were taxed — which they currently are not — and electricity for powering ships wasn’t taxed, as is currently the case across Europe. “This means that ship owners sticking with the dirtiest fuels are given a free ride,” he said.

Despite these challenges, Norway is steadily making progress toward converting its shipping fleet to run on renewable energy. “It’s really impressive — the transformation of shipping is beginning right now, it’s happening very fast, and not just in Norway,” said Borghild Tønnessen-Krokan, director of Forum for Development and Environment, an independent Norwegian NGO that has for years pushed for low-carbon transportation. “Shipping is part of a bigger green revolution in transportation in Norway,” he added, noting that more than half of all Norwegian cars sold last year were hybrid or electric.

The flurry of activity in electric shipping may begin to address the glaring omission of shipping in the Paris Climate Accord, which did not cover maritime transport. Shipping industry lobbyists and nations such as China and Brazil aggressively fought the inclusion of ship emissions in the accord, claiming that such a truly international sector couldn’t be held responsible for emissions in the same way that countries are.

The EU and the International Maritime Organization (PDF) (IMO) have set up monitoring criteria and energy efficiency standards that will become more stringent over time, but the IMO, at the behest of the industry and high-profile shipping countries, has resisted meaningful and binding emissions reduction goals for shipping companies. The EU has pushed back, threatening that it will include the sector’s CO2 pollution in its emissions-trading scheme if the IMO fails to take significant action.

Fighting climate change, however, was only one motive that inspired the niche shipyard Fjellstrand; Corvus Energy, a Canadian energy storage firm; and Norled AS, a ferry operator, to join forces with international heavyweight Siemens AS, Europe’s largest industrial manufacturer, to get Norway’s novel electric ferry pilot project off the ground.

The historic Fjellstrand shipyard, nestled on the shores of the Hardangerfjord in southern Norway, had been toying with the idea of battery-powered ferries for years. Fjellstrand surmised that since the country’s electricity supply is almost all renewably generated, thanks to its abundant rivers and mountain lakes, the economics of electric propulsion eventually could undercut the cost and large quantities of fuel that sea travel requires.

A new electric ferry reduced CO2 emissions by 95 percent and operating costs by 80 percent.
European engineers had tinkered with electric ships for over a century, but after a heyday in the early 1900s, electric motors lost out to the internal combustion engine in the 1920s. Norwegian submarines long have relied on hybrid diesel-electric locomotion, and Fjellstrand commissioned a series of viability studies for ferries.

But a decade ago, the technology, particularly the batteries, was simply too primitive and costly. “Our first studies found that we needed 450 tons of batteries to make it work,” explained Edmund Tolo of Fjellstrand. “In terms of size, ferries are of an entirely different dimension than cars.” It wasn’t until the company switched from designs using lead-acid batteries to more sophisticated lithium-ion batteries, and won a tender from Norway’s transportation authority in 2010, that the electric ferry project began to take off.

The biggest hurdle was no longer battery size. Storage technology had improved dramatically, and a medium-sized ferry’s engine room, which is large enough to accommodate roughly 12 tons of engine, can hold a lot of batteries. But the issue was how, in terms of time and magnitude, to deliver the massive kilowatt charge — about 100 times that required for a plug-in automobile — required by even a moderately sized vessel to cross the Sogne Fjord, a distance of 3.5 miles.

Fjellstrand’s solution was to have battery packages and heavy-duty charging stations on both shores, at the port towns of Oppedal and Lavik, as well as in the MS Ampere itself. The shore-based batteries would be charged mid-journey, enabling the power to be transferred to the boat’s batteries while it docks, and in just 10 minutes. Many other Norwegian ports already have shore power stations, an accessory instrumental for its offshore oil industry.

“The other big issue was safety,” said Tolo. The thermal reaction that occurs in lithium-ion batteries generates intense heat that can lead to explosions and fires. The Ampere’s team had to design a unique cooling system for the 12-ton packs of lithium batteries.

Industry studies have underscored the Ampere’s benefits and its technology’s maturity, showing that electric propulsion reduced CO2 emissions by 95 percent and operating costs by 80 percent.

The technology is there, but to make it happen there have to be sticks as well as carrots.
“The energy costs are lower than diesel,” said Jan Kjetil Paulsen, a shipping expert with Bellona, an international environmental NGO based in Oslo, Norway. “Maintenance costs are less, too, as the electric motor is less complex than the diesel engine. And an electric motor lasts three times longer than a typical internal combustion system.”

Elsewhere in Europe, the electrification of maritime travel is gradually beginning to take off. Late last year, Finland launched its first electric car ferry, and dozens of hybrid ferries and electric-powered ferries are scheduled to go into service in the coming years. Finland’s cutting-edge maritime research vessel, the Aranda, has switched to hybrid propulsion. The ship, which belongs to the Finnish Environment Institute (SYKE), has benefited in more ways than one from adding an electric power system.

The Aranda is equipped with a front-end ice-cutter that slashes through Arctic ice fields en route to monitoring stations and other winter research locations. Because the electric motor has higher rotational force than the diesel motor, it is significantly more effective at powering the cutter to break up thick ice cover, said Jukka Pajala, a senior adviser at SYKE. Moreover, the electric motor doesn’t expel pollutants that exacerbate the ice melt caused by global warming. And the electric motor is virtually silent, a critical advantage for researching marine life.

Denmark and Sweden are cooperating on two large eight-ton, electric passenger ferries that will travel the seven miles between Helsingborg, Sweden and Helsingör, Denmark. This summer, the Dutch company Port-Liner will unveil five all-electric, driverless, emissions-free barges, dubbed the “Tesla ships,” that will navigate the canals linking the ports of Amsterdam, Antwerp and Rotterdam.

Despite these signs of progress, serious national and international regulations and incentives on converting the shipping industry to renewable sources of energy must be enacted, including a ban on heavy fuel oil in the Arctic to reduce the emissions of sooty, heat-absorbing pollution particles. “The technology is there,” said Tønnessen-Krokan of Norway’s Forum for Development and Environment. “Incentives have worked to make it happen, but there have to be sticks as well as carrots. Shipping should have been subject to emissions targets years ago.”