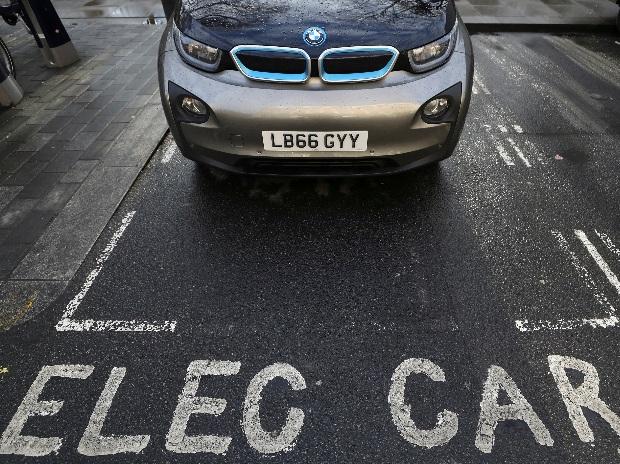 Three weeks ago, a US agency sent the clearest signal yet that fossil fuels’ days are numbered.

True enough, the carbon-burning economy has been declared to be on its death bed umpteenth times before. But this came with a time frame related to the ultimate killer: the battery. The Federal Energy Regulatory Commission ruled that so-called energy-storage companies such as Tesla Inc. and AES Corp. can compete against traditional power plants in US wholesale markets by the end of 2020.

“This is a watershed event,” said Joel Eisen, an energy law professor at the University of Richmond, not unlike the time when regulators opened up the telecommunications market in the 1970s with rulings that ushered in the digital age by giving computers fair access to phone lines.

Batteries, once relegated to powering small devices like remote controls and watches, are now poised to energize the things most central to daily life, from smartphones to cars to entire homes and offices. And Big Oil’s taken notice. At CERAWeek by IHS Markit — an annual conference that has drawn some of the largest names in the world of fossil fuels to Houston this week — executives met to talk batteries, not once, but twice.

“The question is no longer if batteries will disrupt the power sector,” IHS wrote in a description of one of the discussions, “but rather how much and how fast?” (If it’s any indication of how the industry itself feels about this, the first of these sessions was held across the street from the actual conference, at a restaurant, and it was still packed.)

Here are the three driving forces behind batteries that executives should know about.

It’s long been discussed that the ascent of lithium-ion batteries — which are durable, energy-dense and easy to recharge — would mark the beginning of the end of the fossil-fuel age. As it is, electric cars being made by the likes of Tesla, General Motors Co. and Warren Buffett-backed BYD Co. have replaced gasoline tanks in more than 3 million cars on the road globally.

Predictions are that battery-fueled electric cars will outsell those that run on gasoline by 2040. Based on one estimate from Bloomberg New Energy Finance, that’ll wipe out 8.5 million barrels of transportation fuel demand a day.

Now the batteries’ advance into power markets threatens the reign of natural gas, which at the moment generates about a third of US electricity. In California and Arizona, utilities including PG&E Corp. and Pinnacle West Capital Corp. are abandoning gas plants in favor of renewable energy projects. These solar and wind farms can now use energy storage systems to stash their power and unleash it as needed.

“Batteries are like bacon,” Vibhu Kaushik, director of grid technology and modernization at utility Southern California Edison, said at CERAWeek. “They just make everything better.”

The Brattle Group has estimated that the energy commission’s recent ruling could help unleash as much as 50 gigawatts of battery-stored power into US markets, enough to light up 6 million homes. Over the next five years, growth in energy storage will be “more exponential, than linear,” said Alexandra Goodson, who works for the battery maker Saft.

The battery-storage revolution isn’t just around the corner. Lithium-ion pack costs will need to halve again from today’s levels for electric cars to fully compete with gasoline-burning ones, said Albert Cheung, head of analysis for Bloomberg New Energy Finance. Manufacturing will need to ramp up, as well as production of raw materials needed for the batteries. The technology also still relies on policy mandates and incentives in most markets.

Scott Prochazka, chief executive officer of CenterPoint Energy Inc., described storage as a “great technology,” but added, “I don’t see it as a solution.”

That said, battery prices are a fifth of what they were eight years ago. And they’re projected to keep falling.

Oil and gas companies and utilities alike are already forecasting exactly when energy storage will take hold in cars and on the grid. BP Plc sees oil demand peaking in the 2030s as hundreds of millions of electric cars hit the road. The chief executive officer of oil and natural gas giant Total SA said at CERAWeek that he’s already driving an electric car.

“‘We’re reaching an inflection point,” said Steve Westly, founder of sustainability venture-capital firm Westly Group and former controller and chief fiscal officer for the state of California. “In the future, people will talk about energy in terms of kilowatts per hour instead of oil per barrels.”