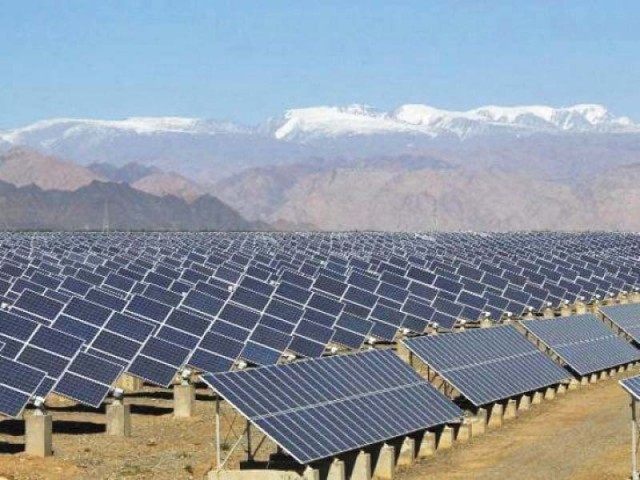 The government is working on a plan to slash duties on the import of lithium batteries in a bid to promote its usage in solar power plants.

As a result, the cost of solar batteries has now become double than the price of solar panels because of a 50% dip in prices of the latter over the past five years.

The high rate of duty on solar AGM and GEL batteries has served as a strong barrier to increase in solar power generation in the country.

A senior government official told The Express Tribune that Prime Minister Shahid Khaqan Abbasi had tasked the Ministry of Energy (Power Division) with preparing a summary for duty reduction, which would be presented to the Economic Coordination Committee (ECC) for approval.

The official revealed that the issue was also taken up in a cabinet meeting held in February. During the course of discussions, it was suggested that the renewable energy policy should have the concept of net metering in the distribution network as well as a rationalised tariff structure for the import of special lithium batteries and magnetic DC motors.

The government of Punjab has also approached the Alternative Energy Development Board, seeking lower duties on the import of solar batteries or reduction in prices of locally manufactured batteries to pave the way for solar energy production.

The objective of imposing duties was to protect the domestic manufacturers, but they have failed to reduce prices and are selling batteries at almost the same price as that of imported batteries including the duty.

Pakistan Solar Association’s former chairman and Pakistan Energy Watch General Secretary Faiz Bhutta pointed out that lithium batteries were even being used in the US to store electricity in the national grid. In case of storm and damage to the grid there, the stored electricity is supplied.

Also the lithium batteries had a long life and were environment-friendly, he said, adding duty-free import of batteries would be a great step to serve the solar energy industry.

He alleged that a domestic battery manufacturer had managed to get the duty increased to 55% in a bid to promote his own products, adding the purpose of protecting the domestic industry and ensuring lower prices with good quality could not be achieved.

“The government has to either control prices of domestically manufactured solar batteries or reduce duty on the import of batteries,” he suggested.