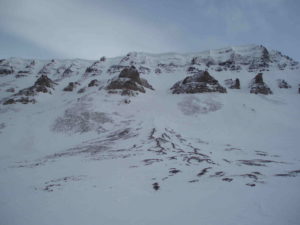 Batteries are required for an increasing number of mobile appliances, from consumer to industrial. Batteries are affected by environmental conditions, such as extremes of weather. A new invention addresses extreme cold.

A new type of battery has been proven to work effectively when left out in extremely col conditions. This is a type of rechargeable battery that continues to produce a charge down to minus 70 degrees Celsius (or minus 94 degrees Fahrenheit). This temperature is significant since it is one where conventional lithium-ion batteries cease to function. Lithium-ion batteries are used to power common devices like smartphones, electric cars and a range of other contraptions.

The reason why lithium-ion batteries are ineffective under very cold conditions is because under normal temperatures ions flow between positive and negative electrodes. However, as temperatures decrease the ions start to move increasingly slowly and erratically through the electrolyte. By the time a temperature falls to minus 40 degrees Celsius (which is, interestingly, equivalent to minus 40 degrees Fahrenheit) the battery can only perform at 12 percent of its capacity, compared with its performance at an ambient temperature.

This weakness led researchers to work on and to construct a new type of battery. The new research was led by Professor Xiaoli Dong at Fudan University in Shanghai, China. The battery contains a different type of electrolyte (ethyl acetate-based); one that enables ions to flow readily between electrodes even under extreme cold.

To boost performance further the physicists fitted the battery with electrodes constructed from organic compounds (in contrast to the more common metal-based materials). This allowed ions to become fixed in the organic material without losing any electrolyte chemicals fixed to them. This resulted in the electrodes catching and releasing ions more readily compared with standard electrodes.

In a statement, Professor Dong notes the battery also has ‘green’ credentials: “Compared to the transition-metal-containing electrodes materials in conventional lithium-ion batteries, organic materials are abundant, inexpensive, and environmentally friendly.”

The importance of the research is that it paves the way for batteries to be developed that can withstand frigid conditions and help to create electronic devices which will work in the more inhospitable locations on Earth. A further application could be with technology used on future deep space missions.