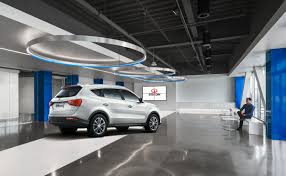 A low-profile Chinese-funded electric car start-up that counts one of Tesla’s co-founders among its executives has begun testing self-driving car technology on California roads, the company said Monday.

SF Motors has so far kept a lower profile than some other electric car start-ups, including those funded by Chinese backers, such as Faraday Future. But it has made a series of moves that suggests it is a potentially serious player in the electric vehicle market and other new transportation technologies.

Most recently, the company secured a permit from the California Department of Motor Vehicles to test autonomous driving tech on roads in the state. In October, the company bought battery start-up InEvit, headed by Tesla co-founder Martin Eberhard, who is now SF Motors’ vice chairman and chief scientist. It also began a multiyear, $2.5 million partnership in 2016 with the University of Michigan to conduct proprietary joint research on automated driving systems.

The company already has two offices and one factory in the United States, and others in Germany, China. It plans a facility in Japan.

Now, the firm is ready to raise its public profile, Chief Technology Officer Yifan Tang said in an interview with CNBC. For example, the company plans to unveil a concept car later in March.

The company is a wholly owned subsidiary of Chinese automaker and parts supplier Chongqing Sokon Industry Group, which gives it support and backing that other similar electric start-ups do nor have, including some from China, Tang said.

“It allows us to do all this technological development without having to search for other funding or means of support,” he said.