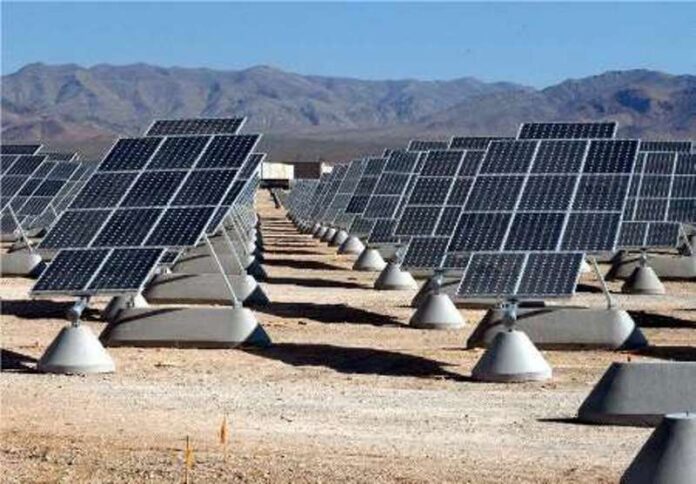 The Islamic Republic of Iran and Italy have clinched a contract on the construction of a solar power station.

The agreement was signed between Iran’s Industrial Development and Renovation Organization (IDRO) and the Italian Carlo Mascar Company in Tehran on Saturday, March 3.

The 100-megawatt power plant is to be built in Garmsar Special Economic Zone around 90 kilometres east of the Iranian capital, Tehran.

The zone can be reached via major highways, roads and rail, which is an ideal opportunity for the optimum development of the area.

Iran’s Deputy Energy Minister had recrntly noted that Iran plans to develop a capacity of more than 1.1 thousand megawatts in renewable sources of energy.

He said renewable forms of energy are inexpensive in Iran, so much so that the generation of one kilowatt hours of solar power costs only four cents. He noted the figure is expected to drop to three cents by 2020 and two cents and less in the following years.

The official also touched upon Iran’s potential in the domain of renewable sources of energy. He said many parts of Iran receive constant sunlight for more than 300 days a year, adding the country has very good potential to generate electricity from wind power as well.

With the first largest gas reserves and the fourth oil reserves in the world, Iran is a global hydrocarbons giant. The Iranian policymakers, however, are very eager to develop renewable energies to increase energy security, reduce the country’s dependence on hydrocarbons, and realize its growth targets in electricity demand.

Iran’s topography is quite appropriate for renewables and that makes the fulfillment of these objectives pretty realistic and probable for the Iranian government.

Iran enjoys a great diversity in its climate and vast arid regions. The southern, northwestern and southeastern regions of Iran receive around 300 days of sun per year, and thus are uniquely suitable for solar energy production.

According to the data released by Iran’s Vice-Presidency for Science and Technology, the government has given particular priority to the country’s central regions, including Yazd, due to its climate and proximity to the national power grid.

With the recent removal of sanctions, Iranian companies now have greater access to a wider range of increasingly sophisticated solar technologies and financing to purchase and develop them. The immediate benefits will be rapid installation of technologies and, in the long-term, the country is likely to gain the ability of producing a significant amount of its solar infrastructure domestically.