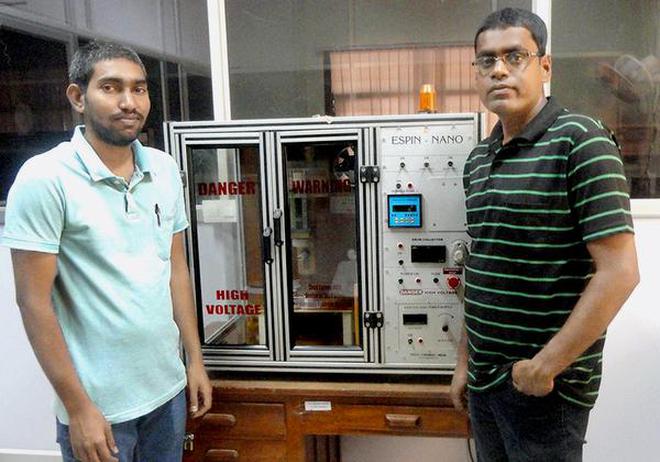 “The specific capacity was found to be 112 farad per gram from fundamental evaluation, which is almost equal to the commercially available ones. Also the ones available in market today are created using activated carbon which is expensive and environmentally hazardous while our method is cheaper and fully environmental friendly” explains by Sivasankara Rao Ede, Ph.D scholar from CSIR-CECRI and one of the first authors of the paper published in Colloids and Surfaces A: Physicochemical and Engineering Aspects.

The new electrodes made using the reduced graphene oxide showed high stability even after 20,000 cycles. They also had high retention capacity where 70% of the efficiency was retained even after 85 cycles. The efficiency slowly increased and reached 108% after 20,000 cycles. The long-term stability and robustness of the capacitor are the key parameters for qualifying as suitable candidates for commercial application.

“Today lithium-ion batteries are used widely and disposed after they run out, leading to mounting e-waste. We tried a new method and succeeded in recycling and reusing these batteries,” says Dr Subrata Kundu, from CSIR-CECRI and one of the corresponding authors.

Supercapacitors are now being used explicitly in wind turbine pitch control, rail (on-board or wayside), automotive (including hybrid vehicles), heavy industrial equipment, UPS and Telecom systems for power delivery and memory backup. “We are further evaluating the capacitive nature of our prepared electrode in two electrode system and hope to bring it out soon for large scale commercial applications,” says H. C. Bajaj, emeritus scientist at CSIR-CSMCRI and the other corresponding author.