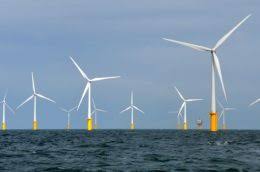 Southeast Asian countries are poised to meet their aspirational RE target of a 23 percent share in the region’s primary energy mix by 2025, the intergovernmental organization noted.

This will also improve the availability of affordable clean energy in line with the United Nations’ sustainable development goals.

Meeting the region’s increasing power consumption via fossil fuels alone will come at the expense of energy security, IRENA noted, as indigenous reserves are already depleted or are unable to meet demand.

Strong enabling and investment frameworks have to be instituted to overcome hurdles, it added.

IRENA noted that the majority of Southeast Asian nations had set RE targets and adopted relevant policies, with Indonesia, Malaysia, the Philippines, Thailand, and Vietnam having made advances in terms of policy maturity and comprehensiveness.

In the Philippines, the Department of Energy last year issued a directive governing the establishment of renewable portfolio standards for on-grid areas.

The DoE is also working on separate off-grid rules, which are expected to help facilitate the government’s rural electrification efforts.