For homeowners looking to break free from the grips of Nova Scotia Power and its occasional outages, there are options.

To truly cut the cord, a homeowner would have to install an off-grid power system that would use renewable energy forms like wind, solar or hydro to provide power, as well as a battery backup system.

However, an off-grid system on its own won’t be able to meet all of a typical homeowner’s energy needs.

“Any type of electric heating is simply not sensible.… I don’t care how big it is, so, electric clothes dryers, electric stoves, electric water heating, that stuff’s out the window,” said Rob Sedgwick, the president and co-owner of Sage Energy, a Nova Scotia company that does off-grid and grid-tied installations.

How an off-grid system usually works

Under an off-grid power system, the common approach is to have the system provide electricity and lighting for the home, but things like heating, stoves, dryers and water heaters would be powered by propane or natural gas.

“Propane is attractive because it doesn’t go bad. A lot of things run on propane,” said Brian Rose, the president of Appleseed Energy, a solar and wind energy installation company. 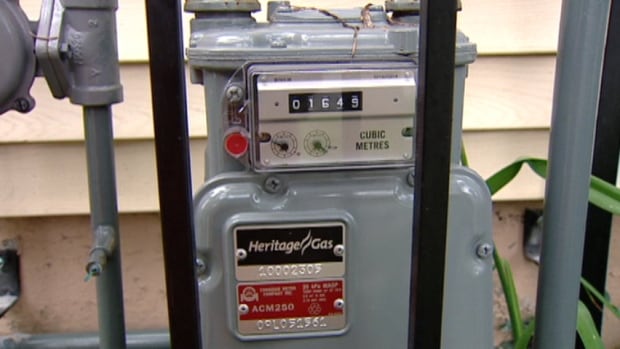 Natural gas is more appealing because it’s cheaper, but you have to live in a place where gas lines are in place to provide a steady supply of it. The places where it’s available in Nova Scotia only represent a fraction of homes in the province.

Heritage Gas is the natural gas distributor in the province. If all of the homes were converted to natural gas where lines are currently available, the company would have about 11,000 residential customers, said spokesperson Alice McCarron. The company has just over 3,800 customers. 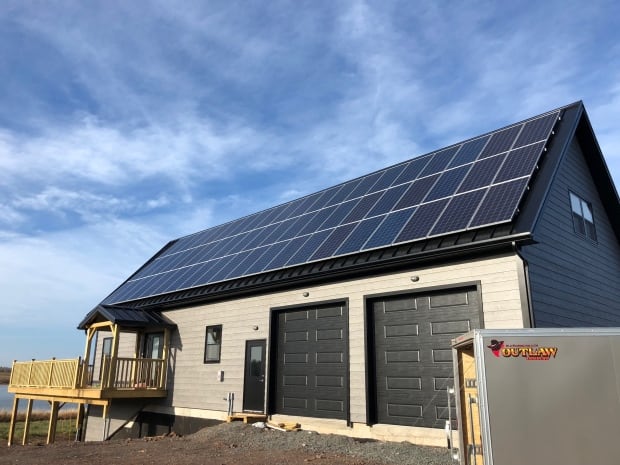 This 60-panel solar system was installed on a home in Bayfield, N.S., which is near Antigonish. (Submitted by Brian Rose)

Sedgwick said even if somebody has deep pockets, building an off-grid system that could handle a home’s heating and electricity needs just isn’t feasible.

“It would just be absolutely cost-prohibitive,” he said.

According to Nova Scotia Power, the average residential customer uses about 10,000 kilowatts of energy a year.

Because of the demanding energy needs most people have, going off-grid is probably not an option for them.

Another option is to enrol in Nova Scotia Power’s net-metering program (also known as being grid-tied), but with some modifications.

Under net metering, a homeowner uses renewable energy to meet their own electricity needs. If they produce more than they need, the extra energy is put on Nova Scotia Power’s grid and the homeowner is credited for that. If they use more energy than they produce, they are billed for the additional energy.

There are about 450 Nova Scotia Power customers who use net metering, and more than 80 per cent use a solar-power setup, documents filed with the Utility and Review Board show.

Homeowners must apply and sign a legal agreement with Nova Scotia Power, although one lawyer cautions that the agreement is “unreasonable” and “one-sided” in favour of the company.

Experts say a net-metered solar system will cost somewhere between $12,000 and $40,000, and will depend on factors like how many solar panels are installed and how much energy the system can produce.

“It’s actually probably less expensive than it was six years ago,” said Rose.

He said the payback period is around 11 years for a net-metered system.

Programs are available to provide financial incentives. Halifax offers a program called Solar City that provides property owners with a loan to pay for the project. The money is repaid over 10 years and comes with a fixed interest rate of 4.75 per cent.

Once his home is built, Gordie Weddleton will be using a net-metered system — and he’s using Solar City to pay for the solar installation. The Musquodoboit Harbour man is building a net-zero home, meaning it will produce as much energy as it consumes. The home is ultra energy-efficient, with triple-glazed windows, upgraded insulation and passive solar design.

These homes near Inverness each have 30 solar panels on their roofs and use a net-metered system. (Submitted by Brian Rose)

Weddleton said he feels he has a duty to produce power and not just take it from the grid.

“I’ve got the sun above me, I’ve got all Mother Nature has to offer. Why shouldn’t I be a little bit more responsible for generating a little bit of power?” he said.

With net metering, if there’s an outage, a homeowner will lose power unless their system has “special transfer and isolating capabilities installed,” says Nova Scotia Power’s website.

Company spokesperson Tiffany Chase said it’s not known how many customers have a setup like this.

However, a battery backup system could be installed to kick in once there’s an outage. Depending on the size of the system, it could provide power for up to a couple of days. It would likely cost between $10,000 and $30,000.

Rose said this approach would be preferable to using a generator.

“You don’t have the fuel costs and the noise and the maintenance of a generator,” he said.

Sedgwick said some people simply refuse to use a generator.

“They just don’t want any tie to a hydrocarbon fuel or they want complete autonomy,” he said.

Nova Scotia Power is expecting big growth in its net-metering program, with another 150 customers expected to sign up for it this year.