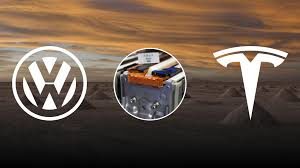 As Nissan and Mitsubishi Motors rolled out their electric cars for the mass market in 2010, Japanese manufacturers placed enthusiastic bets on a surge in battery demand. But the electric vehicle revolution failed to materialise and much of their investments went sour.

Nearly a decade later, China and other governments are driving a massive push for a future of electric cars as they try to shift consumers away from combustion engines.

To capture the market for these vehicles, global carmakers from Volkswagen to Tesla are attempting to lock in supplies of raw materials that are needed to increase production of lithium ion batteries, which will power this electric revolution.

Indeed, electric vehicle supply in China is expected to be one of the main drivers of global demand for lithium. By 2030, Goldman Sachs expects China to supply 60 per cent of the world’s electric vehicles, up from 45 per cent in 2016.

However, the problem for all carmakers is that none of them have “proper long-term contracts” for supply of lithium, according to Simon Moores, founder of London-based Benchmark Minerals Intelligence.

Milan Thakore, an analyst at Wood Mackenzie, adds: “I think a lot of car manufacturers are almost panicking, in the sense they want to make sure they don’t miss out on the essential materials they need for the battery.”

The fears are particularly pronounced in Japan, once the undisputed leader in rechargeable battery technology.

While Japan’s Panasonic remains the world’s biggest supplier of car batteries, China is now home to two of the world’s top five suppliers of lithium batteries .

Backed by aggressive government policies and subsidies for electric vehicles, Chinese manufacturers also control between 50 and 77 per cent of the market for four of the key components — cathode materials, anode materials, electrolyte solutions and separators — used in lithium ion batteries, according to Yano research Institute.