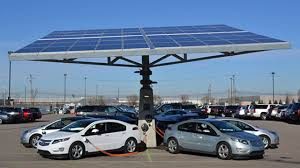 The booming electric vehicle revolution is flowing through to the bottom line of a growing list of global miners, who are reaping higher profits from rising demand for battery raw materials.

Orocobre Ltd. reported Friday that net income rose 11 percent in the December half and forecast lithium prices to gain about a quarter this half. The supplier, with an operation in Argentina, follows miners from the U.S. to Australia, including FMC Corp. and Mineral Resources Ltd., in posting earnings gains on firming prices and higher volumes.

“All of the international producers will have had increases in their contract pricing for this year’s deliveries,” Orocobre Chief Executive Officer Richard Seville said in a phone interview. The outlook for further price gains is strong as rivals add higher-cost supply to meet accelerating demand, he said.

The lithium industry is also beginning to showcase stronger earnings as miners, including Albemarle Corp. and Sociedad Quimica y Minera de Chile SA, look to bolster production, according to Seville. “They are all delivering profit growth in this sector.”

Philadelphia-based FMC, a top five producer, said this month annual revenue from the battery material jumped about a third in 2017. Albemarle and SQM, the No. 1 and No. 2 suppliers last year, are scheduled to report earnings next week.

Brisbane-based Orocobre is partnering with Toyota Group’s trading unit on plans to construct a processing plant in Japan, and is also seeking to expand its Olaroz operation in Argentina. “We’ll see ourselves stepping up a little bit in the next financial year,” Seville said.

Galaxy Resources Ltd., which reports in March, boosted quarterly earnings from its Mt. Cattlin mine by almost 60 percent in the final three months of 2017, filings show. Neometals Ltd., a partner in an Australian mine with Mineral Resources and China’s top producer Ganfeng Lithium Co., is also scheduled to detail profits next month.

The outlook is strong for the entire battery minerals sector, including graphite and cobalt, Mineral Resources Managing Director Chris Ellison said on an earnings call this month. Lithium is well positioned with fast rising demand and a potentially weaker-than-expected supply response, he said.

“If you look at what’s required over the next 50 years, 60 years, and have a look at the known lithium on the planet, I don’t think it’s as much as everyone understands it to be,” he said.