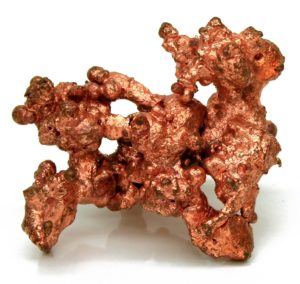 Copper is the best way to benefit from growth in electric cars and renewable energy, according to BHP, the world’s largest mining company.

The Anglo-Australian miner will concentrate on boosting its copper production rather than venture into smaller markets such as lithium or cobalt, chief executive Andrew MacKenzie said Tuesday.

“We have a strong growth plan for copper,” Mr MacKenzie said. “The copper market is an order of magnitude greater even when you allow for electric vehicles than we would expect the cobalt market or lithium market to be.”

Electric cars will require a “global infrastructure revolution” that will drive an increase in global copper demand, according to consultancy CRU.

They forecast that by 2035 demand for copper in charging and distribution upgrades will reach 1.2m tonnes.

BHP is spending $2.5bn to extend the life of its Spence copper mine in Chile and is also exploring for new copper deposits in Chile, Peru and Ecuador.