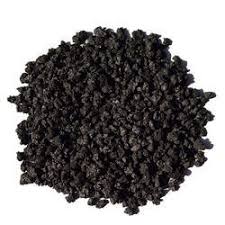 Graphite is a mineral which is a crystalline form of carbon and is used a constituent material in various end use industries and products such as refractories, insulating materials, batteries and carbon reinforced composite materials etc. It primarily exists in two types Natural & Synthetic Graphite.

Synthetic Graphite or Man-Made form of Graphite is extracted from refining of Hydrocarbon materials such as Petroleum Coke, and Coal Tar etc. Though it has carbon content identical to the Natural type, yet it differs, being much purer in terms of carbon content. Synthetic Graphite has significant characteristics such as thermal and electric conductivity, resistance to corrosion, light weight and sturdiness which has gained attention from OEMs of various sectors. Synthetic Graphite finds its use as a primary material in Battery Anodes and Welding Electrodes. The product is also commonly used as a material in Carbon Fiber Reinforced Plastics used in aerospace, sports equipment, automobile frames etc.

The use of synthetic graphite has also given birth to a by-product known as “Secondary Graphite” resulting from the use of electrodes and blocks. Moreover, the quality is comparable to that of Natural Graphite and can compete with the same as far as application is concerned, but has a lower preference than natural graphite owing to high cost of the parent synthetic graphite. Synthetic Graphite has the higher consumption rate especially in the battery and metal fabrication industry in the form of electrodes being more consistent than natural type.

The manufacturing industry has witnessed joint ventures between global conglomerates and local enterprises for operations enhancements and resource optimization e.g. AMG Graphit Krofmu?fl GmbH and Qingdao. The manufacturers also act as registered material vendors with end customers on the basis of the material range & price offered. Product Innovations & increase in scope of application has been a regular trend by the manufacturing companies. Value added products such as ‘Expandable’ and ‘Spherical’ type of synthetic graphite have been launched by the manufacturers to earn profitable margins against the regular prototypes incurring high production costs. Also, production of battery grade graphite will be a key focus of all manufacturers.

The major producers of Synthetic Graphite are based in Asia, North America & Europe, owing to the established petrochemical refineries in the respective regions. The market is a competitive type in terms of pricing. Of these, China is the major producer which caters to its large sized domestic market and also is the leading international exporter. The nation whose production costs has increased due to domestic labor, environmental compliance process etc. is currently emphasizing on sale of value added products making it better placed than the other geographic regions. The market is currently witnessing low-demand, high supply pattern, which is expected to change with respect to increase in demand from North American, South East Asian & European industries.

In spite of the high cost of Synthetic Graphite compared to The Natural Type, the product has its acceptance especially from battery & energy devices sector due to the reason that Synthetic Graphite is more durable material than its counterpart. The burgeoning smart phone market as well as battery segment will call for a rich demand of Synthetic Graphite. Industries involving indirect use of synthetic graphite such as sports equipment, automotive & aerospace too will act as a driver for the market. The emergence of Electric Cars Segment would provide an opportunity for market expansion exclusively in form of battery grade graphite. On the other side, the cost advantage of Natural Graphite can act as a deterrent to consumption of Synthetic Graphite. The sluggish steel industry at present also is a restraining factor for the Synthetic Graphite market.