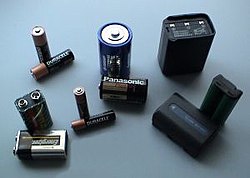 They are the often unseen workhorses that power modern computing, and the devices workers use to get their jobs done: batteries.

Feb. 18 is National Battery Day, the unofficial holiday designed to show appreciation for the convenience of batteries, without which modern notebooks, smartphones, tablets and other critical office equipment would not be able to function.

Batteries have a long history, dating back to 1800 with Alessandro Volta’s invention of the first battery, which came to be known as the voltaic pile. In 1836, British chemist John Frederic Daniell created the first practical battery with the Daniell cell. Then, in 1859, Gaston Planté invented the lead-acid battery, the first battery that could be recharged via passing a reverse current through it. The modern lithium-ion batteries that power laptops and smartphones were invented in the 1980s, and Sony commercialized the lithium-ion battery in 1991.

Since then, battery technology has largely been stuck. Technology companies have invented ways to recharge batteries faster, but lithium-ion batteries remain the main industry standard for powering electronic devices. Researchers and tech companies are trying to push the envelope with advances in battery technology that will make them more efficient.

Here is a roundup of some of the latest developments:

SolidEnergy Systems has developed a lithium-metal battery, which, as MIT Technology Review reports, “has a metallic anode, rather than the graphite material used for the anode in traditional lithium-ion batteries.”

The company’s batteries could offer much better energy density over today’s devices, the publication notes. However, it is unclear if or when they might be commercialized.

“In terms of moving from an idea to a product,” Qichao Hu, the founder of SolidEnergy Systems, tells MIT Technology Review, “it’s hard for batteries, because when you improve one aspect, you compromise other aspects.”

New Approach Combines the Best of Both Worlds in Batteries

Another company, Ionic Materials, which is funded in part by tech luminary Bill Joy, thinks it has solved the battery dilemma by creating a new kind of battery.

Joy tells Wired that the company’s technology combines “the advantages of the familiar alkaline batteries we buy at the drugstore (cheap, safe and reliable) with those of the more expensive, fire-prone lithium batteries in our computers and phones (powerful, rechargeable and more earth-friendly).”

Ionic’s batteries replace the liquids common in lithium-ion batteries with a polymer, according to Joy. “It also turns out that this polymer just happens to be essentially a fire-retardant material,” he says. “So, when you build batteries with this polymer, you don’t have a safety problem.” Using the polymer also essentially makes the battery into an alkaline battery that can be recharged like a lithium-ion battery.

Companies could use this technology to improve their lithium-ion batteries, Joy says, but in the long run, Joy tells Wired, “advanced alkaline — the chemistry used in the ones you buy in the drugstore [that have been] made rechargeable — has a chance of upending the reign of lithium-ion batteries, because the materials are cheaper,” he says to Wired.

“You can potentially make alkaline batteries with aluminum. We’ve made some. We don’t have as many cycles as we need yet, but, you know, we’re working on it,” he adds. “We think that ultimately things like aluminum-alkaline batteries will meet the performance of lithium, but with abundant materials and way cheaper. And it’s also recyclable.”

Joy, who spoke to Wired in August, believes that new battery technology could enable a smart grid by providing low-cost solutions that can power renewable energy sources such as wind and hydroelectric. But he warned that it might be two or three years before the technology is generally available.

In November, Samsung Electronics’ research arm announced that it has developed a “graphene ball”that can be used to make lithium-ion batteries last longer and charge faster.

Samsung Advanced Institute of Technology said that by using graphene ball material to make batteries it will increase existing batteries’ capacity by 45 percent and increase their charging speed by five times. Lithium-ion batteries take an hour to fully charge, but this will be reduced to 12 minuteswith the new tech, Samsung notes. SAIT has filed two applications for the graphene ball technology patent in the United States and South Korea.