A SPORTIER, more exciting version of BMW’s compact i3 electric car has gone on sale in Australia, with more power, torque, width, functionality and driver appeal.

It’s called the BMW i3S and it joins the i3 range as part of the model’s mid-life facelift, fleshing out the line-up to four variants, with battery-only and range-extender hybrid versions of each version. 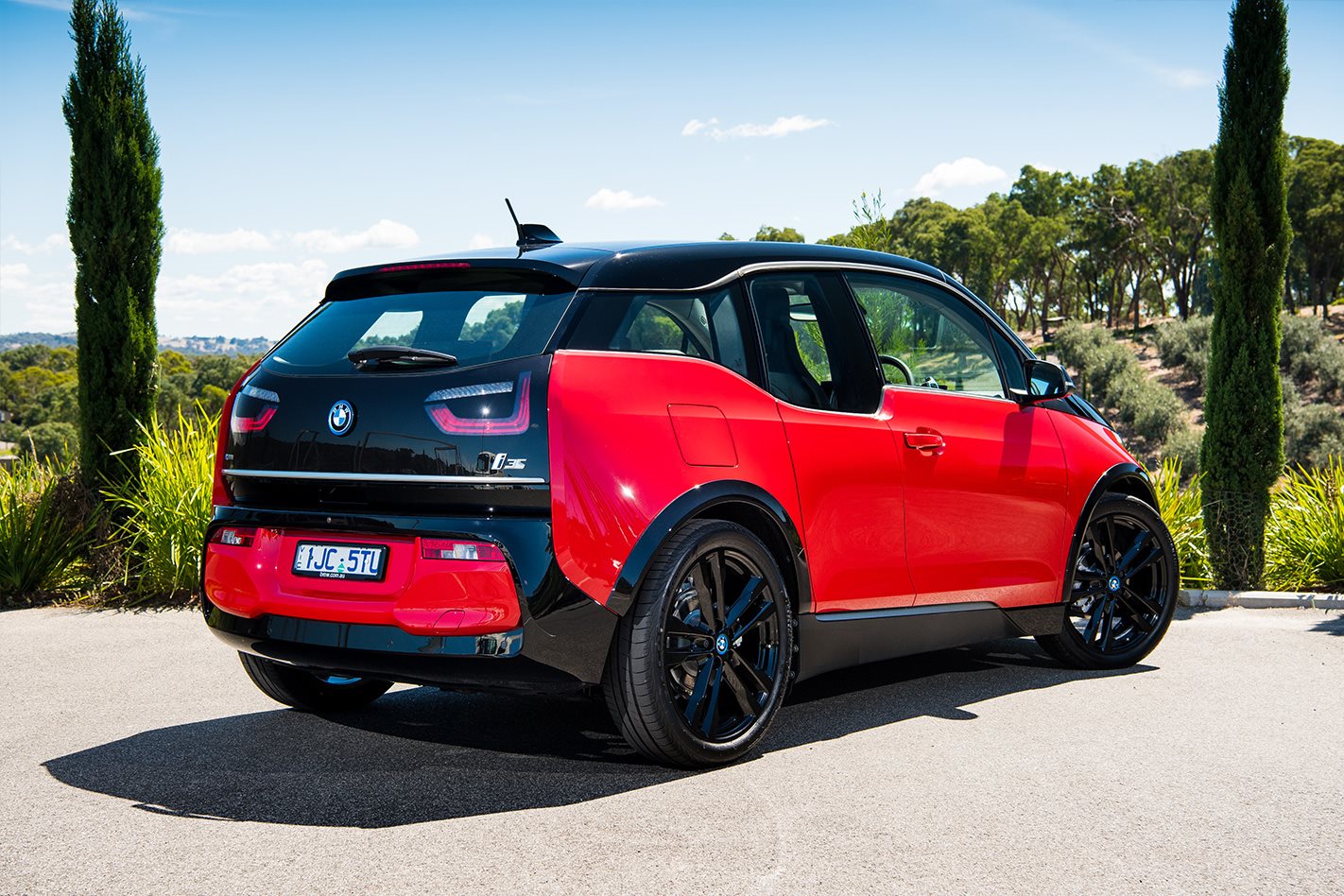 It’s not just the bump in outputs that make a difference to the way the i3S drives. BMW has recalibrated the power delivery to give peak performance across a broader chunk of the electric motor’s rev-range. The motor spins to 11,000rpm, as before, but can serve up maximum power beyond the 6000rpm point, which was where the old i3 tapered off.

Distinguishing the i3S in traffic are its 40mm wider wheel-arch flares, which sit over the car’s 40mm wider rear track. Its tyres are also 20mm wider in all corners and run on 1-inch larger wheels – 175/55R20 front and 195/55R20 rear. Standard sports suspension lowers the i3S by 10mm, much like the M Sport option on many in BMW’s non-electric vehicle range.

Other exterior tweaks include revised front and rear bumpers and fully LED headlights and indicators. Black paint has now been applied to the A-pillars and roofline, and there are more colours available for the rest of the car including the locally flavoured Melbourne Red. 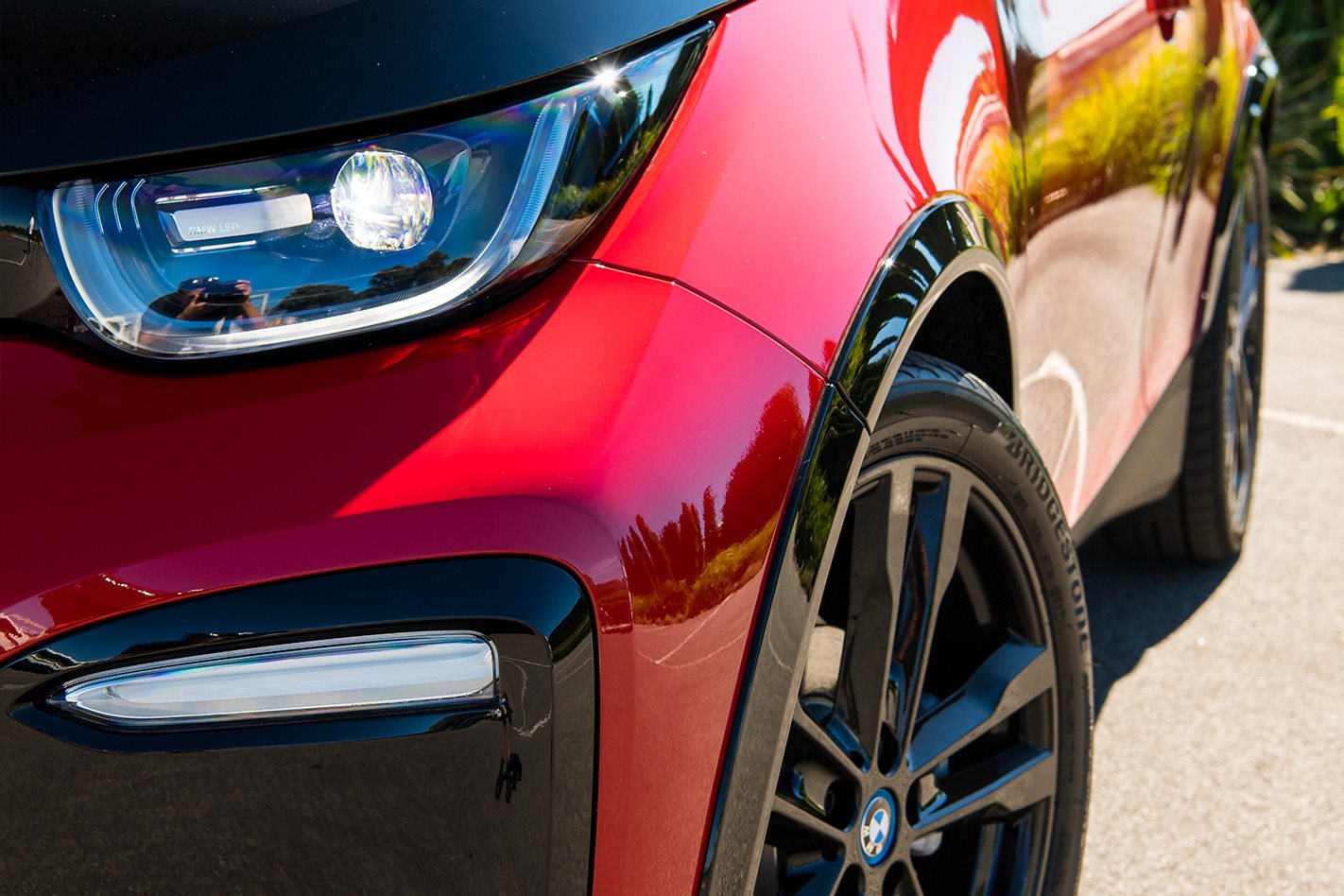 Inside, the i3 range now comes with iDrive 6 – the latest version of BMW’s infotainment system – displayed on a wide, higher-resolution 10.25-inch screen that ‘floats’ above the sculpted dashboard.

BMW has also chosen the i3S to debut a revised, faster-acting DSC traction control tune that will eventually make its way across the entire BMW fleet. In this instance the system is “specifically adapted to the electric drivetrain’s requirements” and features a Dynamic Traction Control mode that allows “mild and safely controllable drifts when grip levels are reduced.” The i3S gets a Sport drive mode for the first time, which sharpens throttle and steering response.

Powering all updated i3s is the same 94Ah/33kWh battery introduced to the i3 in 2016, which has about 30 percent more capacity than the version in the COTY-winning i3 launched here in 2014. Claimed real-world range is 200km for BEV models and 330km for REX variants, the latter of which can top-up the battery using a 28kW 647cc two-cylinder petrol generator housed under the boot floor. 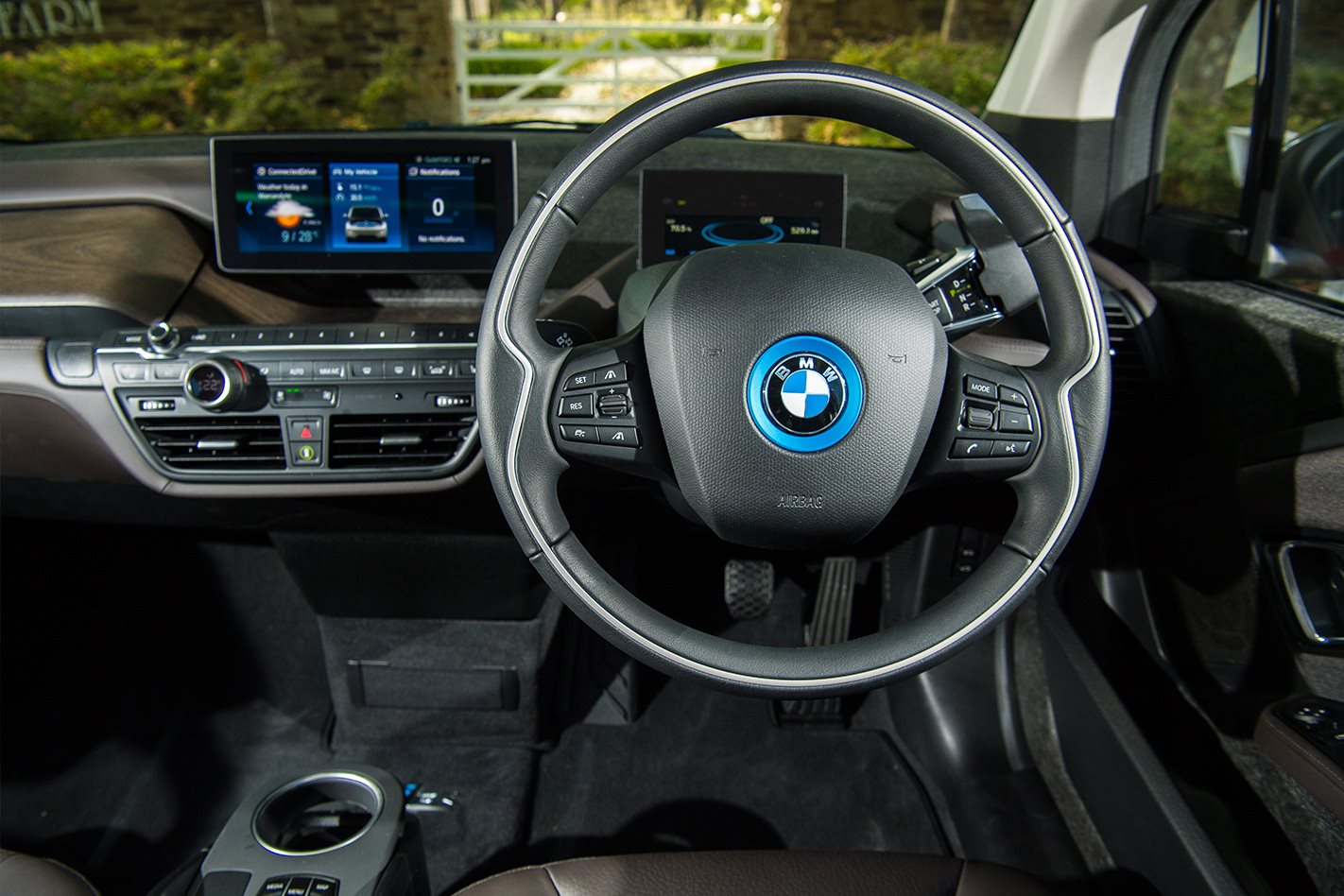 Charging the new i3 should be more convenient, as BMW has switched to the Type 2 plug used in Europe and chosen by local operators as the standard for Australia’s emerging electric vehicle infrastructure. An 80 percent charge at home using a conventional domestic plug takes 15 hours. That time is halved when using a BMW Wallbox on regular single phase power. The time needed to fill up the last 20 percent of the lithium-ion cells with electrons is apparently too variable to make a claim. 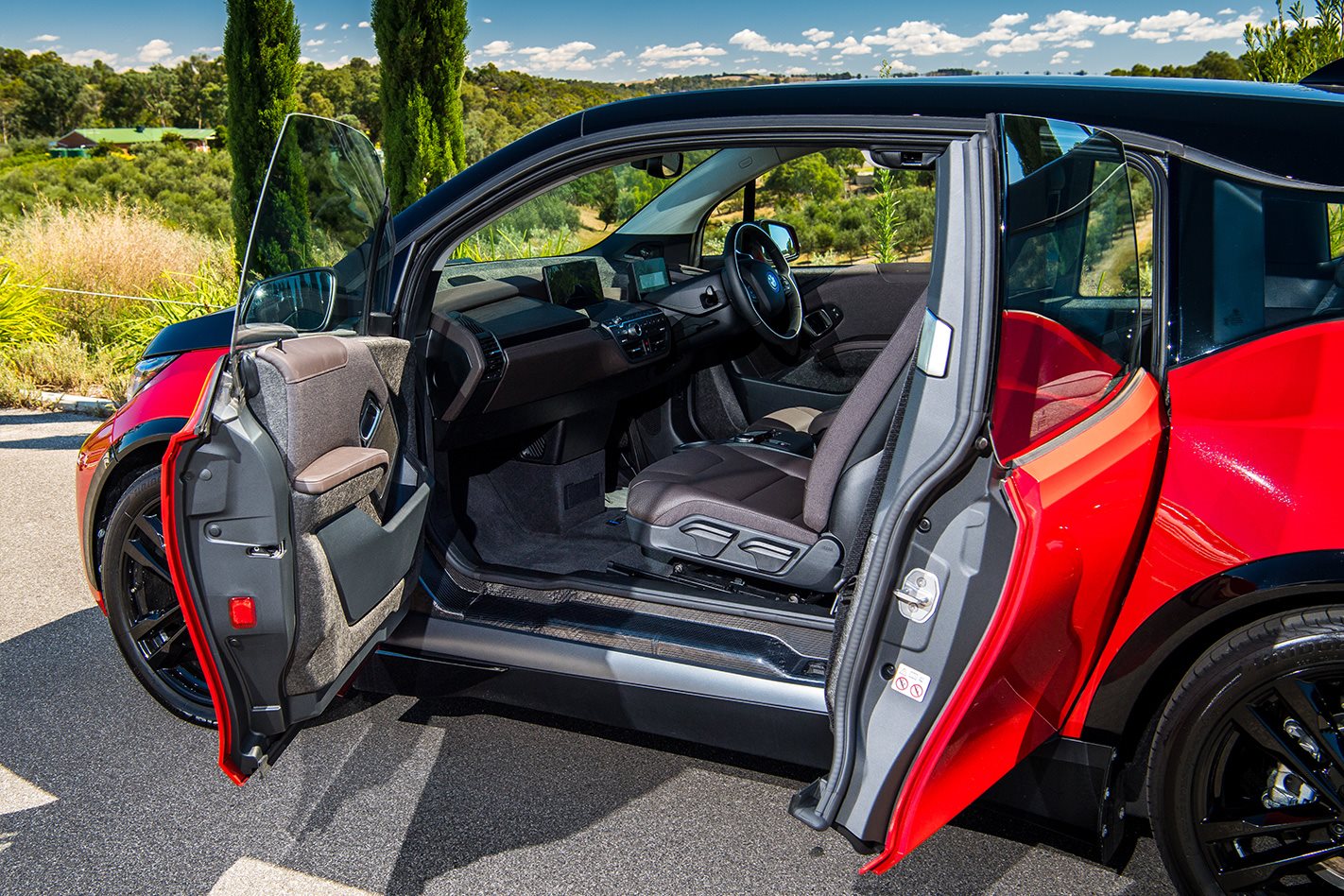