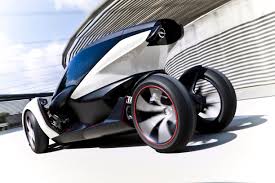 Whatever the reason, two victims of the blackballing regulation are Hyundai and Kia, which attempted to launch the New Uiedong Electric and the K5 PHEV, respectively, containing LG Chem batteries. However, due to the suspension of subsidy payment, the companies delayed their launches for about a year. The Korean automakers will launch the models again this year with batteries from China’s CATL.

China Batteries in Non-Chinese EVs or Else No Subsidies

Subsidies for EVs are a prerequisite for success of Chinese EV manufacturers. There has been conjecture that these susbidies would be eliminated, but my sources say they will stay.

For Chinese electric car makers, subsidies make up more than half of the price of the vehicle. If companies cannot receive government aid, they cannot expect to sell them. A subsidiary (89,000 yuan) accounts for 44.7% of the price (198,800 yuan) of Hyundai’s New Uiedung EV.