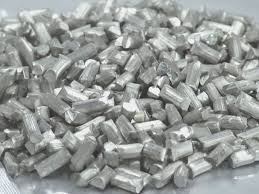 China’s Ganfeng Lithium, the country’s largest producer of the battery raw material, has filed for an initial public offering in Hong Kong that could raise at least $1bn.

The share sale comes as carmakers are scrambling for supplies of lithium to meet their ambitious plans for development of electric vehicles. This week German carmaker BMW said it is close to signing five- to 10-year supply agreements for lithium and cobalt, another battery metal.

Ganfeng will use the money for acquisitions, further exploration of lithium resources, and to expand capacity to meet rapidly growing demand from electric vehicles, according to a prospectus filing in Hong Kong. It has hired Citi for the process and could raise at least $1bn to $1.5bn, according to a person familiar with the sale.

Lithium is a key ingredient in all rechargeable lithium-ion batteries used by carmakers from Tesla to China’s BYD. The price of lithium has more than doubled over the past two years.

Shenzhen-listed Ganfeng is the world’s largest lithium producer behind Albemarle and Chile’s SQM. It is one of the most vertically integrated producers with battery production and recycling facilities.

“As part of our expansion plan, we plan to increase our mineral resources through acquisitions of and/or investments in companies with existing exploration rights and additional mining assets,” Ganfeng said.

Ganfeng is also investing in development of solid-state batteries, which use a lithium metal and a solid rather than liquid electrolyte. They promise greater driving range and faster charging. They could also be safer than current lithium-ion batteries.

Ganfeng said it will also use some of the proceeds to fund New York-listed Lithium Americas, which is developing a project in Argentina. Ganfeng has a $125m credit line with Lithium Americas.