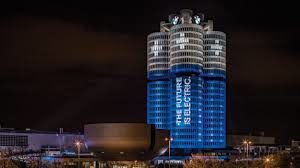 BMW has been experimenting with electricity for quite a long time. From the original electrification of its Mini sub-brand to the successful launch of its i-division, the automaker has made a successful transition from wanna-be to cutting-edge. Now, BMW has gone on to expand further into the murky waters of EVs by promising 25 newly electrified models by 2025, but in order to do just that, the automaker will need to have a steady stream of cobalt and lithium to make batteries. A report from a German news outlet outlines BMW’s plan to seek out a new supplier for the next decade.

In order for an electric car to function, it needs two lowly ingredients. A source of stored power, and a motor to convert the stored power into perpetual energy that propels the car. In most modern electric cars, the source of power is in the form of a lithium-ion battery. In order to manufacture a lithium-ion battery cell, a minimal amount of cobalt is also required. In 2017, the popularity for electric cars helped to skyrocket the demand for cobalt and lithium, causing the price for both materials to skyrocket. This means that until alternate forms of energy storage are perfected, manufacturers will need to secure the materials needed to remain competitive in the growing electrified market.

German automaker BMW looks to have the upper-hand by locking in contracts with every possible link in the chain, from the mines to the distributors, and every possible outlet to the factory doorstep. If the manufacturer fails to secure vendors, prices and availability of crucial cobalt and lithium reserves may become a hindrance to the production of electrified autos, at least by BMW.

“The aim is to secure the supply all the way down to the level of the mine, for 10 years. The contracts are ready to be signed,” BMW’s Head of Supply, Markus Duesmann, mentioned in an interview with the news outlet.

The decade-long contract, although quite lengthy, would secure BMW’s availability of raw materials, though it does bring into question the terms themselves, as advancements in battery technology have been rapidly changing in recent years. It would be quite unlikely that the luxury automaker would lock itself into terms that would put its market position at risk, making it seem like lithium-based storage is foreseen as viable for at least the next decade.

Late last year, BMW invested nearly $250 million into a new battery research and production facility in Munich called the Competence Center for Battery Cells. This particular facility would help to lead BMW (and potentially its partners in IONITY) into a new era of sustainable efficient energy storage, however, until a breakthrough is made, lithium-based batteries are the go-to in the world of electric cars.