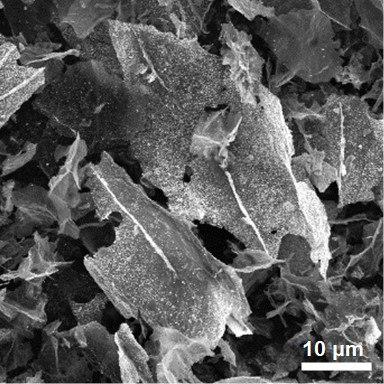 The researchers used tin oxide nanocrystals supported on a graphene structure to vastly improve the battery. The team explained that technology also could be used in lithium-ion batteries, making it more attractive for manufacturing.

In sodium batteries, sodium-ions, rather than lithium-ions, travel back and forth between the battery’s anode and cathode to produce electricity. Sodium batteries are not able to hold as much energy, but their low cost makes them attractive for mid- to large-scale energy storage systems, such as for storing energy from solar power or wind farms. Manufacturers are also looking for ways to manufacture both lithium and sodium-ion batteries with only one type of anode material.

Using tin oxide in a battery’s anode gives it the potential to store almost three times the energy of graphite that is typically used in batteries, and it’s easy to make. However, tin oxide wears out quickly and stops working. In their study, the researchers were able to solve the degradation problem by making ultrafine nanocrystals of tin dioxide that were tightly bound to a three-dimensional graphene structure. Their hybrid structure was reportedly robust, well connected and porous, allowing for better transport of electrons and ions.

Their research shows that the material greatly improved the charging capacity and rate of both types of batteries, and the hybrid material “exhibited outstanding electrochemical performance,” according to the team. The researchers also tested the materials in a full battery.