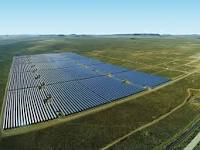 Colorado could soon be stepping up its solar energy game, with the recent advancement of a proposed 333,000-panel facility in farm fields south of Bennett that would light up as many as 16,000 homes.

Arapahoe County commissioners last week approved a permit for the 75-megawatt Hunter Solar project, which would rank as Colorado’s second-largest solar farm after the 120-megawatt Comanche solar site near Pueblo. By itself, the new farm 30 miles east of Denver would boost the state’s solar power portfolio by nearly 8 percent.

“This is certainly one of the largest solar projects in Colorado and the largest we’re aware of in the metro area,” said Rebecca Cantwell, executive director of the Colorado Solar Energy Industries Association. “It’s another sign that solar is becoming a mainstream form of energy.”

According to the Solar Energy Industries Association, Colorado ranks 11th nationally for installed solar capacity — including residential rooftop and solar gardens — with 974 megawatts. Nearly 200,000 homes are powered by solar-generated electricity, and the industry employs 6,789 Colorado workers. The solar energy sector is a $2.8 billion business in the state.

That growth is dovetailing with increasing affordability. Last month, The Denver Post reported that renewable-energy developers offered Xcel Energy the lowest price quotes for electricity in the nation as part of its 2016 Electric Resource Plan, which calls for an additional 450 megawatts of power to meet projected needs.

According to CarbonTracker, solar sources of energy with storage are now cheaper than about 75 percent of coal generation in Colorado.

“The story here is solar is a cost-effective resource,” Pereira said.

But the Hunter project is not a done deal, warned the senior project manager for Cypress Creek Renewables, the California-based company that is proposing the $136 million solar farm for 750 acres at the intersection of East Quincy Avenue and County Road 129.

Cypress’ Michelle Zimmerman said the details of a complex power purchase agreement that the company is looking to finalize with Intermountain Rural Electric Association, which would buy and distribute power from the proposed array on behalf of its 154,000 customers, must still be hammered out before the project can move forward. But she said it’s clear that solar is becoming an ever-more important part of Colorado’s energy picture.

“Colorado is growing quickly, and we have mandates to shut down coal plants and diversify our energy mix,” Zimmerman said. “And solar is a great way to do that.”

Growth of the solar industry has been spurred by tax credits, falling panel prices due to cheap imports from China and requirements in some states — including Colorado — that a certain percentage of energy come from renewable resources. But there are potential bumps in the road for the industry that could affect Colorado.

Late last month, President Donald Trump imposed tariffs as high as 30 percent on overseas-made solar equipment, a move that the Solar Energy Industries Association projects would wipe out tens of thousands of jobs in a sector that employs 260,000. It could mean 2,000 lost jobs in Colorado alone.

“It will certainly have an impact on all projects because it will increase the cost of every panel,” Cantwell said of the tariffs.

The president also proposed slashing 2019 funding at the Office of Energy Efficiency and Renewable Energy by 72 percent, putting the National Renewable Energy Laboratory in Golden at risk of having its budget gutted.

Despite these headwinds, Cantwell said, the long-term upward trend for the solar industry is irreversible, whether it’s due to public policy encouraging the development of renewables or improvements in the efficiency and efficacy of solar panels and equipment.

Pereira, with the Colorado Energy Office, takes it as a positive sign that Cypress Creek Renewables is negotiating a distribution deal with Intermountain, a co-op whose clean-power mandate isn’t as strict as Xcel’s.

“I’m encouraged that a co-op would take on a project this large,” he said. “Co-ops are very sensitive to market rate impacts. For them to consider a project like this, it’s obviously a very strong value proposition for them.”

Intermountain spokesman Josh Liss said “if it makes sense for our consumers, then absolutely we support it.” He pointed out that the co-op already buys power from the 13-megawatt Victory solar farm north of Bennett, which serves more than 2,000 homes.

Intermountain, also known as IREA, serves mostly rural customers across 10 counties around Denver. Liss said the project is one of several large solar farm proposals the co-op is examining for potential partnership.

“The prospect of having more renewable energy on our system is good for IREA members as a whole,” he said.

If all goes smoothly in negotiations with IREA, Cypress said, a groundbreaking at the Hunter site could take place next year, with electricity flowing on to the grid in 2020.