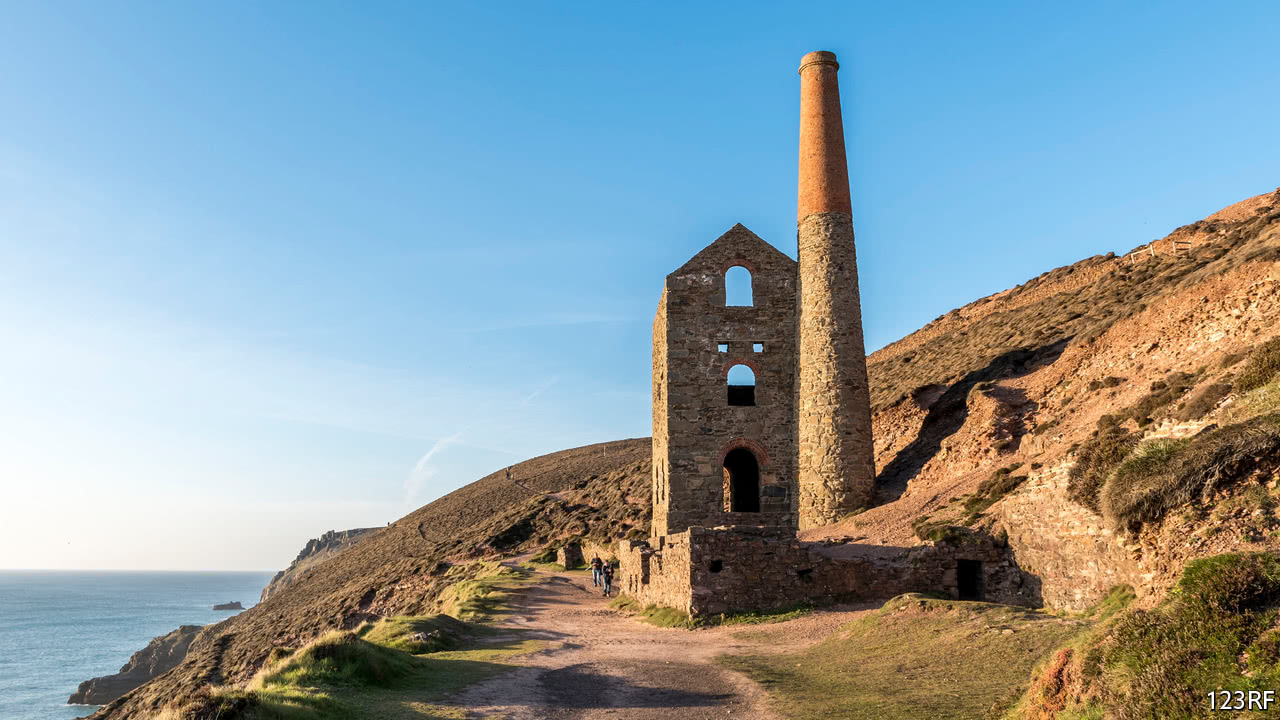 The high-flying prospectors in question are a group led by Cristian Rossi, an expert on remote sensing, which has been organised under the auspices of the curiously named Satellite Applications Catapult, an innovation centre backed by the British government. The plan is to use satellites already in orbit to detect and map geological and botanical features that might betray the presence of subterranean lithium. Though satellite prospecting of this sort has been employed before, to look for metals such as gold and copper, using it to search for lithium is new.

The searchers are not searching blind. They know, from mining records dating from the mid-1800s, that there is lithium in Cornwall’s rocks. Those records tell of underground springs containing salts of lithium—at that time quite a recently discovered element. Back then these springs were seen, at best, as curiosities, and at worst as flooding risks, because there was then no market for the metal. Today, there is. In particular, lithium is the eponymous component of lithium-ion batteries. These power products ranging from smartphones to electric cars, and are being tested as a means of grid-scale electricity storage which could make the spread of renewable energy much easier. No surprise, then, that prices have been rising. In 2008 a tonne of lithium carbonate cost around $6,000. Now it would set you back more than $12,000.

This price is less a reflection of lithium’s overall scarcity than of the rarity of good, mineable deposits of lithium compounds. (Like most metals, it does not occur naturally in its elemental form.) At the moment, the best workable supplies are in Australia, South America and China. But mining companies are eager to discover others. Dr Rossi’s team intend to use satellite cameras, both optical and infra-red, and also satellite-borne radar, to look for mineral formations caused by hot liquids reacting with existing rock, and for rock fractures that could act as channels for lithium-bearing brine. They will, as well, record anomalies in vegetation that might be the result of lithium-rich soils, or of hot springs that might contain the element.

The acid test, though, will be to drill where the map thus generated suggests. One group member is ready for that. Cornish Lithium is a newly created firm that has already secured various mineral rights to explore for lithium, and to extract it.

This extraction would not, however, be carried out in the way that it is in the Atacama Desert of Chile, where one of the largest lithium mines in the world prepares lithium salts by drying out vast lakes of brine in the sun. As tourists to Cornwall know all too well, the sun is not to be relied on there. Instead, Cornish Lithium says it will use special filtration techniques called reverse osmosis and ion-exchange to extract and purify lithium compounds from any brine that it finds.

If the experiment in Cornwall proves a success the system could, Dr Rossi reckons, be used to search for lithium in other places. One target would be Chile’s neighbour, Bolivia, which is reckoned to have some of the biggest but still largely untapped deposits of lithium in the world. Any find in Cornwall is likely to be tiny by comparison. But if such a find were made there would be a nice symmetry to it, as one of the world’s oldest mining centres became also one of its newest.